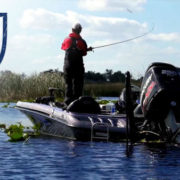 AFTCO Announces Bass Boot Camp Winner — This year, after celebrating 60 successful years in the saltwater market, AFTCO announced their entrance into the bass apparel market.  To kick off their entrance, AFTCO rolled out a full roster Pro Team, Fish with Scott Martin Contest, Conservation initiatives, and a Bass Boot Camp contest.  Anglers entered by submitting video entries to best show and explain why they should be selected.  Many entries were received from anglers worldwide, but the winning entry was a stand-out submission from John Zeolla of Los Angeles, CA. AFTCO’s new recruit for Bass Boot Camp will take the reins of AFTCO’s YouTube channel for an all new Bass Boot Camp YouTube Series that will provide an in-depth and behind-the-scenes glimpse into what it takes to chase your dreams of becoming a professional bass angler.

Life as a professional angler is much more than just tournament fishing and as a part of the AFTCO Bass Boot Camp, John Zeolla will be introduced to all angles of competitive bass fishing including the business end. John will have an opportunity to attend the 2018 Sunline, Big Bite Baits, SPRO, Gamakatsu, Denali Rods, and AFTCO Writer’s Conference where he will work alongside top bass anglers and bass fishing media personnel.  Throughout the 2018 season John will also work alongside AFTCO staff helping to carry out AFTCO’s Conservation-First programs at different events.

AFTCO has committed to cover John Zeolla’s Eastern Opens entry fees and associated travel expenses. In addition, John will receive an AFTCO apparel sponsorship, including free fishing shirts, rain gear, and more. To follow along with John’s journey in the 2018 season, subscribe to AFTCO’s YouTube channel and follow the @aftcofreshwater Instagram account to stay up to speed with Bass Boot Camp.

AFTCO MFG. CO., based in Santa Ana, California, reflects a legacy of building the finest in fishing tackle and performance fishing clothing. For over 60 years, AFTCO has maintained the highest level of craftmanship trusted by fishermen worldwide. The AFTCO name represents unparalleled quality, performance, reliability and a commitment to conservation. Every year since 1973, AFTCO and the Shedd family have contributed more than 10% of company profits to help protect our resources and ensure a sustainable fishery for future generations. To learn more about AFTCO and the company’s 10% Pledge for Conservation, visit aftco.com/bass-conservation.

Bethel University Regains 1st Place in the Cabela’s School of the Year presented...
Scroll to top