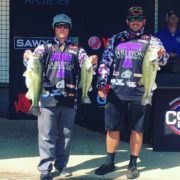 Throughout the summer, college fishing tournaments tend to slow down, but teams that want to stay competitive in the Cabela’s School of the Year Race means staying at the top of your game throughout the year. For many college anglers, including Tarleton State Senior Dakota Ebare, practicing and competing are always on their mind, no matter what season it is.

“Right now I’m fishing about four local tournaments a week,” said Ebare. “I’m taking every chance I can get to learn and get as much experience that I can. These weekly tournaments are only three hours long so you have to be really efficient which I think it helps a ton when you get to the regular tournaments like each of the ACA events. Anytime we can get on the water and learn it’s always a great experience.” 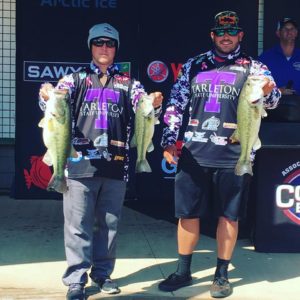 “I was pretty skeptical about the format coming into the event. Honestly, I didn’t think it was going to be a benefit to have another team competing with you, but the Open turned out to be such a great event and we ended up second which gave Tarleton a big surge in the Cabela’s School of the Year Rankings, which was the icing on the cake,” said Ebare.

Cabela’s School of the Year events are crucial to finish well in, but Ebare’s tournament mindset is the same at each event, with a desire to win.

“I take each tournament very seriously in the sense that I look at each one as if it were a national championship,” said Ebare. “I want to stay mentally tough, and it’s not to say that we don’t have fun, but we want to take these tournaments as practice for the bigger tournaments throughout the year to help us earn more School of the Year points.” 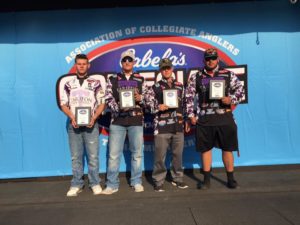 Known as the most prestigious title in college fishing, the Cabela’s School of the Year title takes every event from FLW, B.A.S.S., and the ACA and breaks down a point system for over 350 schools across the nation. It is easily the most difficult title to win as a college bass team, but Ebare and the Tarleton State Bass Team are eager to start competing for the 2017 title.

“I just became president of the team, and the School of the Year title is something that I would really like to set our main focus on this year. It’s a pretty prestigious title and there aren’t many guys out west that aren’t too competitive in this race like us, but I would really like to set our goal as a club to make a strong run for that. I think it would really help out our school and our club’s recognition as a strong competitor,” said Ebare. “I’m hoping to try and fish more tournaments this fall to earn more points. It always seems that the spring is a crunch for time with different breaks, tests, and tournaments so I think the more points we earn in the fall the better.” 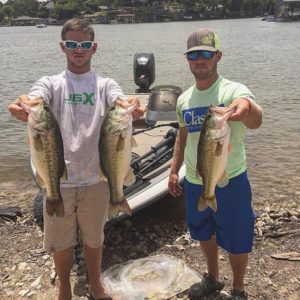 Though only in his second year as a competitive collegiate bass fisherman, Ebare stated that “college fishing has been so great to me in the past year that I’ve been part of it. It’s something that I want to see grow and if there is something that I can help with, I would love to be a part of it to help the sport wherever I can.”

Sunline Continues Support of College Anglers with Large Discount of up to 40%...
Scroll to top