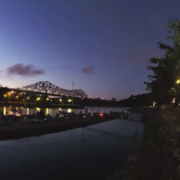 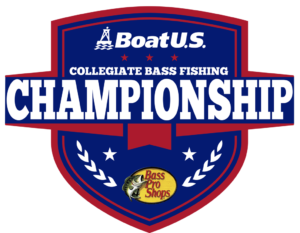 “It should be a slugfest at the National Championship.”  That is the response Martin McCravy, a 4th year angler at the University of North Alabama, provided when asked about how conditions are setting up for the 2019 BoatUS Collegiate Bass Fishing Championship presented by Bass Pro Shops.  For the seventh-consecutive year, college fishing’s most prestigious event will take place on Pickwick Lake in Florence, AL.  Located along the famed Tennessee River system, Pickwick is widely considered one of the best ledge fishing lakes in the country.  Temperatures are beginning to rise, conditions on the lake are stable, and all signs point towards a great event in a little over three weeks.

Seeing conditions setting up to be a typical summer pattern with stable lake levels should come as a welcomed sight to the anglers.  Earlier this year, flooding greatly affected the Tennessee River.  McFarland Park, the host site for the 2019 Championship, was closed for numerous weeks.  Flood waters swelled over the banks leaving piles of driftwood and destruction in its path.  “There are a few more trees laying down the banks and some new trees laying off in some of the creek channels, but most of the lake looks normal,” added McCravy.

“Normal” is a word we are relieved to hear.  UNA anglers are reporting lake level conditions to be back to normal levels for this time of year.  Pickwick Lake has returned back to its normal self, and it has many local anglers extremely excited about what it could produce for the Championship, “The flooding definitely affected the lake but overall I think it will still be a normal ledge fishing tournament as usual,” said Luke Mason, from the University of North Alabama.

Last year’s event did not find the fish in a “normal” summer pattern.  The anglers who finished at the top of the leaderboard found their success in areas other than the main river ledges.  Cooler than normal temperatures throughout the spring had the fish lagging behind.  Rather than being out deep on the main lake, they were positioned on more secondary areas inside of main creek arms across the lake. 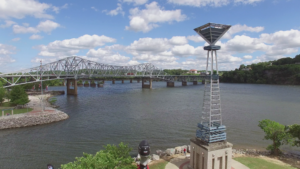 The anglers from UNA believe competitors should not be concerned with this being the case again in 2019.  “I believe there will be a lot more fish found out deep during the tournament this year. The past two weeks on Pickwick, we’ve been catching females spawning and even some post spawn fish. The water temperature has been in the low 70’s and even the mid to upper 70’s on the recent warm afternoons. With the water approaching the upper 70’s you will start seeing the big numbers in schools on the ledges,” said McCravy.

If this plays out as everyone expects, that will mean that the normal lineup of baits will be in play.  That list will include: crankbaits, spoons, big worms, jigs, and topwater for when the fish come up schooling.  Lure selection will depend greatly upon the current flow along the lake during that week of competition.  If the TVA gets the water moving through this river system, the forecasted “slugfest” will be on!

Now that we know conditions are setting up right for textbook ledge fishing, the final topic of discussion is “what will the winning weight be?”  McCravy and Mason provided their estimates of 47 pounds and 46 pounds 12 ounces respectively.  There is a lot to look forward to as we build up to the Championship over the next several weeks.  Stay tuned to social media and check back to the website regularly for further coverage of the 2019 BoatUS Collegiate Bass Fishing Championship presented by Bass Pro Shops.