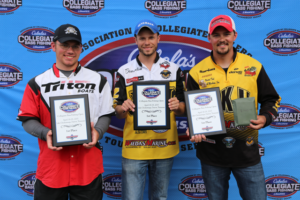 Taking place on Lake Dardanelle in Russellville, Arkansas, the Collegiate Bass Fishing Open Presented by Cabela’s has some constants and some new variables that the NKU Bass Team must overcome in order to be victorious at the event.

“It’s always exciting going to a new lake,” said Decker. “What we’ve seen so far and what the Elites have done here proves that this is a good lake and we’re really looking forward to getting out there. Hopefully we’ll end up at the top at the end of the day.”

Christopher Decker, member and member of the NKU Bass Team was a member of the winning team at the 2015 Collegiate Bass Fishing Open and knows what it takes to be successful at this event. This year, rather than fishing in a three man team, Decker will be fishing in one boat with his partner, Greg Humphries.

“It’s going to be tough with just one boat. We can’t cover as much water, but if we’re on fish we’ll hopefully be able to burn ‘em up. Hopefully it will be to our advantage as long as we get in the right spot,” Decker said. 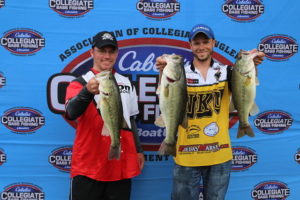 Not wanting to give too much of their pattern away, Decker stated that from their research on the lake and knowledge of bass movement, their pattern will consist of targeting pre-spawn bass.

“We’re going to try to plan for pre-spawn fish, and if we find more that are spawning, then we’ll lean more towards that, but really we’re just planning on catching fish,” said Decker.

Coming into this event as the 2015 Collegiate Bass Fishing Open Championship, Decker understands the importance of a strong finish once again at this event and looks forward to competing on a new body of water.

“We obviously need to perform well and we showed last year that a small school from Kentucky can compete with the bigger schools that get to fish a lot or live next to lakes. We’ve got a lot riding on this as we did very well last year and now we have a new body of water to dissect, but we’re feeling good and just looking forward to competing,” said Decker. 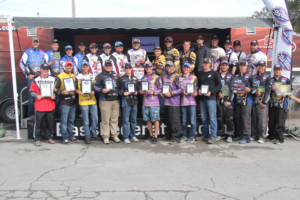 “This will help a bunch if we can get a good weight and catch some fish. Not all of us were able to weigh in at the BBB but we managed to still do alright with points, but overall I think if we can just put together a good bag of fish, I think we’ll be sitting pretty well in the Cabela’s School of the Year Race.”

Coverage of the event will start tomorrow, Thursday March 24, at the Angler Check-In meeting and can be found online at www.CollegiateBassChampionship.com.

Sunny Days Ahead at the 2016 Collegiate Bass Fishing Open Presented by Cabe...
Scroll to top