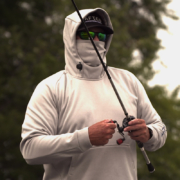 The first flight of boats is due in at 3:00 PM.  The live blog will shut down now.  Be sure to check the Outdoor Action TV app for live weigh-in coverage.  A day two recap article will be posted to the website later tonight. 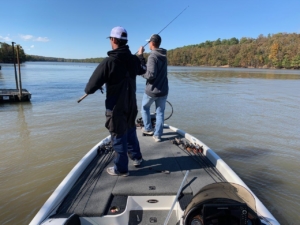 We have caught up with the third place team from the University of Montevallo.  Kopeland Rosser and Cade Holcomb have a total of three fish. 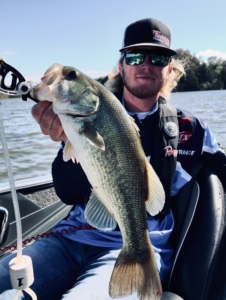 Isaac Duncan and Taylor Owens from Blue Mountain College have just one fish in the well, but it is a good one! 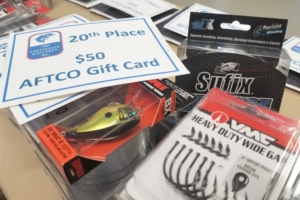 Prizes have been set out and we are now waiting for anglers to bring fish to the scales. Immediately following weigh-in we will begin handing out prizes and certificates. 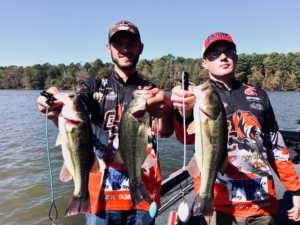 The second place pairing from Georgetown College, Osborne & Locke, has three fish in the box. 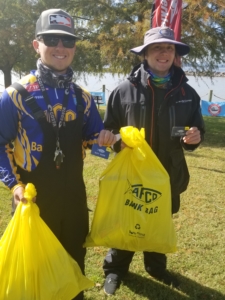 Pictured above are two teams representing the University of Central Oklahoma.  They turned in two AFTCO Bank Bags full of trash and each received a $25 gift card in return. 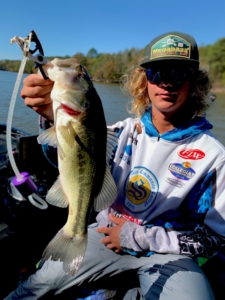 Snead State Community College now has two fish in the well.  I talked to Garrett Warren and John Owens yesterday following weigh-in.  They have a lot of confidence on this final day. 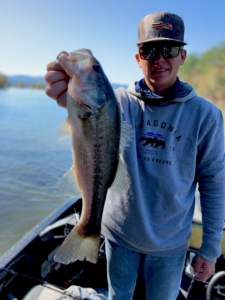 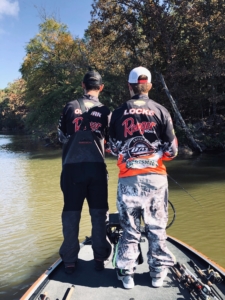 Hunter Osborne and Jacob Locke from Georgetown College have one keeper in the boat.  They enter day two in second place overall with 17.38 lbs.

Anglers are now taking off for the final day of competition.  The first flight of boats will be due back in at 3:00 PM. 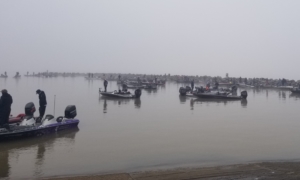 We remain in a fog delay at this time.  The fog has not let up much at all so far.  Stand by for further updates!

Good morning from day two here at Lake Dardanelle!  Cooler air temperatures this morning have allowed a layer of fog to move in across the area.  We are awaiting sunrise to make an assessment on the possibility of a brief delay.  More information will be posted soon.