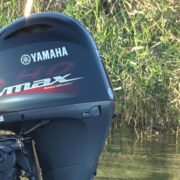 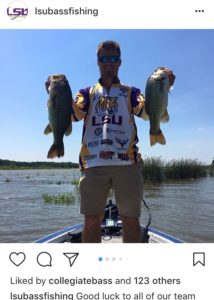 LSU Bass Fishing Team showing off a bit of what Sam Rayburn has to offer!

Sam Rayburn Reservoir is one of the best known bass fisheries in the nation.  This body of water hosts more fishing tournament anglers than any other body of water in the nation.   To put that into perspective, Sam Rayburn will have hosted the Texas Team Trail presented by Cabela’s as well as hosting a FLW Costa event the following week with the Texas Lunker Challenge presented by Mossy Oak Elements  sandwiched in between. Needless to say there is a lot of fishing pressure on the lake, but predictions and expectations are high for all three events despite the crazy weather in the area.

Some of the predictions that we are hearing expect 30+ pounds to win the Texas Team Trail event with a 5-fish limit, and many anglers would not be surprised if there were several limits close to that mark this weekend.

As for what it will take to win the Texas Lunker Challenge, if recent confirmed big fish catches are any indication, it may take a 10 pound plus fish to win the top prize. We don’t think anyone will be surprised if a larger bass is weighed-in!  In talking to some of the college anglers who pre-fished on Friday, we know of at least three fish that we’re caught and released over 8 pounds.

To say the least, you can expect a big fish slug fest on Sam Rayburn this weekend! 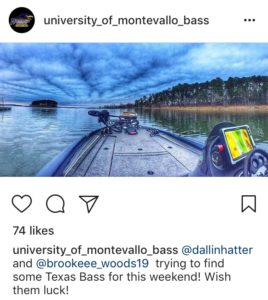 Nice way to end the day!

This weekend’s Texas Lunker Challenge presented by Mossy Oak Elements is being held in conjunction with the Texas Team Trail presented by Cabela’s, and several college teams have entered into both events.

It will be interesting to see how the college anglers stack up against top teams from the Lone Star State this weekend.  Some of the teams competing are Sam Houston State, Drury University,  Murray State University, Dallas Baptist University, and Mississippi College.

The Texas Team Trail covered the costs of angler memberships for any college teams that wanted to compete in the event on Saturday.  We’ll provide updates on how the teams did later over the weekend! 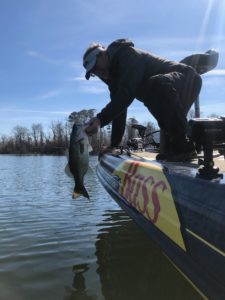 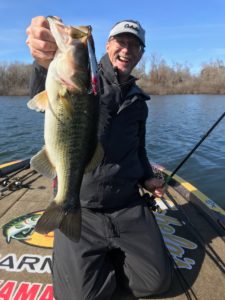