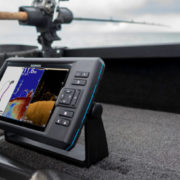 Registration for the Texas Lunker Challenge is Now Open