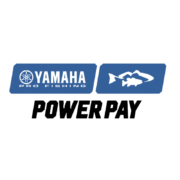 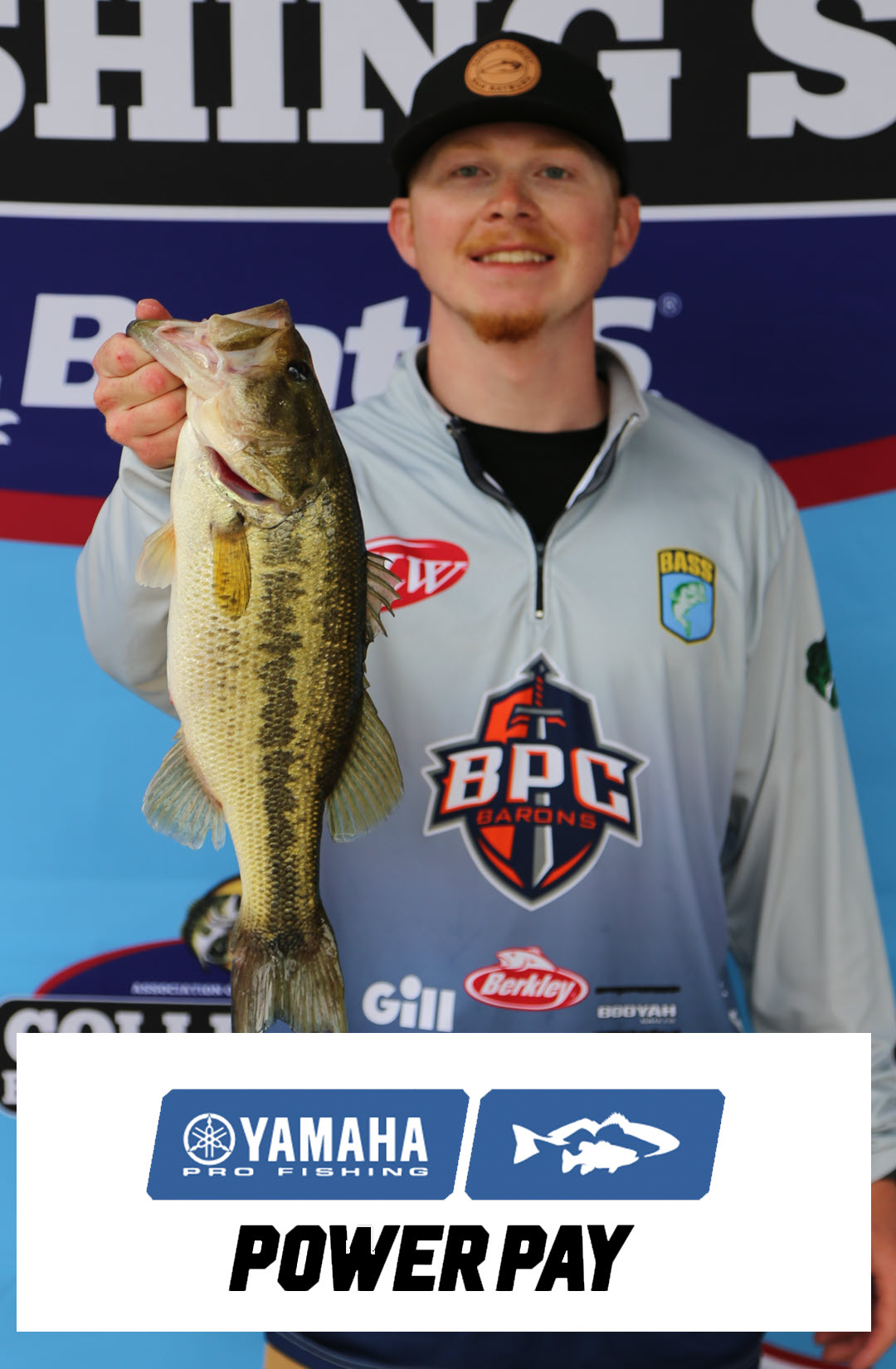 KENNESAW, Ga.–Jake Mims, a student at Brewton Parker College in Central Georgia, recently became the first official competitive college angler to take home Yamaha Power Pay cash. Mims, who admits he hates to fish in a crowd, ran 34 miles away from the official launch on Lake Sam Rayburn to flip the flooded bushes that eventually led to an 18th place finish in the Association of Collegiate Anglers (ACA) Texas Lunker Challenge presented by Mossy Oak Fishing.  Impressively, his long run paid off in Power Pay winnings.

The 21-year-old sophomore may purposely distance himself from other anglers during competition, but that doesn’t mean he’s opposed to soaking up all the wisdom he can from more experienced anglers away from the water.

“I have an older boat, and when it was time to put a new outboard on it, I asked a lot of the seasoned guys I look up to around Lake Seminole what brand I should buy,” says Mims. “The majority of them told me a Yamaha V MAX SHO® was the best because of its reliability, fuel economy, and its awesome hole shot – all of which are super important given the sandy, weedy, really shallow waters we fish a lot.”

Guided by the input of his dad Roy, a very active member in the Georgia B.A.S.S. Nation®, along with fishing mentor Angelo Koundarakus and others, Mim’s decision to repower with a 225 horsepower Yamaha V MAX SHO® also qualified him for $500 in Yamaha Power Pay cash following his respectable performance pitching a Big Bite Baits Trick Stick to the flooded bushes on Rayburn.

“I saw videos Chris Zaldain and Brandon Palaniuk posted about signing up for Yamaha Power Pay on their social media channels, and I’m obviously glad I took their advice and got registered,” says Mims.

The great thing about the Yamaha Power Pay program is anglers don’t have to win tournaments to take home Power Pay cash. Anglers simply have to be the highest finishing registered participant in a Power Pay supported tournament. Power Pay is not just for bass anglers, it also includes saltwater, walleye, high school and college anglers through hundreds of events.

For more information, complete terms and conditions or to register for Yamaha Power Pay, visit yamahapowerpay.com or email Chip with questions at Chip@DynamicSponsorships.com.

Yamaha Marine products are marketed throughout the United States and around the world. Yamaha Marine Engine Systems, based in Kennesaw, Ga., supports its 2,000 U.S. dealers and boat builders with marketing, training and parts for Yamaha’s full line of products and strives to be the industry leader in reliability, technology and customer service. Yamaha Marine is the only outboard brand to have earned NMMA®’s C.S.I. Customer Satisfaction Index award every year since its inception. Visit www.yamahaoutboards.com.