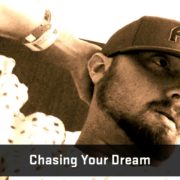 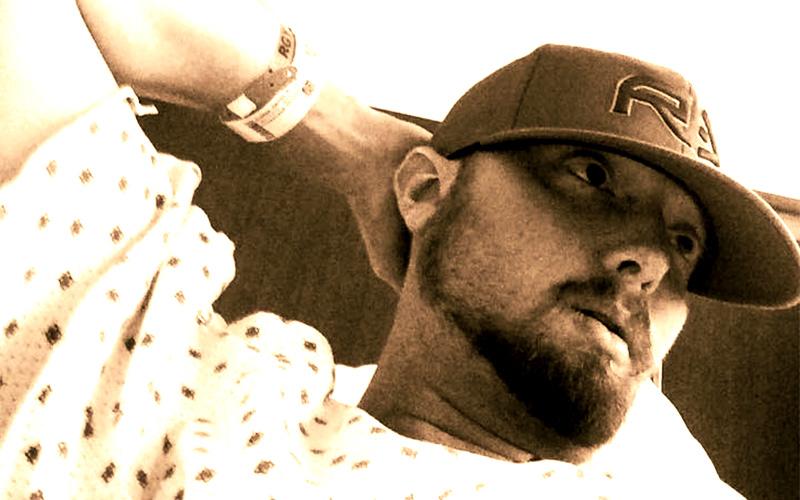 Dream – “a strongly desired goal or purpose or something that fully satisfies a wish” as defined by Merriam-Webster.

The love of fishing for most can be traced back to our childhood and for a young man named David Cosner, it’s the same. David grew up fishing with his dad and brother on a local pond and from the first bite, he was hooked. At the age of eight years old, David got into tournament fishing with his dad competing with the Austin Bass Club. As David got older, his love of tournament fishing never left and that dream was always inside him to one day become a Professional Angler. When David was 14 years old his whole life was placed on hold when he woke up with a runny nose and a bad sinus headache. 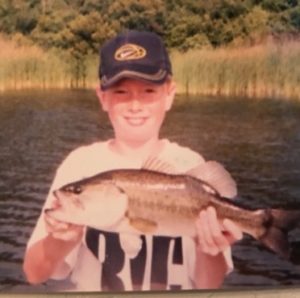 David had to put his passion of fishing and playing lacrosse on hold as he went through test after test, and doctor after doctor trying to figure out what was happening. David was experiencing massive headaches and things as scary as blood in his tears. Finally, after four months of tests, numerous prescriptions and continuing to get worse, on would be his 17th birthday, David had the surgery that would finally give him and his family the diagnosis as to what was causing all these problems. Two days later his doctor broke the news that changed his life forever. David was diagnosed with Wegeners Granulomatosis a terminal disease.

Over the next 11 years of his life, David spent almost 5 of them inside hospitals. Even with having over 300 surgeries, being placed in over 10 medically induced comas and losing 2/3rds of his right lung David’s passion for fishing never left him. David was able to graduate high school and went on to attend Texas State University in San Marcos, Texas where he founded the Texas State University Fishing Team. The “Bass Cats” began with a total of only 7 members the first year led by David and gave David the opportunity to set everything up how he wanted.

Over the next seven years, still fighting his disease, David, and his tournament partner Jay McCollum became two of the top anglers in all of collegiate fishing even though David was only able to compete in around 20 events during college. One of the most memorable events is David’s fishing career came at the Texas Regional Championship where he spent the two weeks prior to the event in the hospital with pneumonia. There was nothing that was going to keep David from missing this event, even telling the doctors:

“Look, I have worked my butt off to have this opportunity and I am not going to let this disease rob me of that, and I am sure as hell not going to let my partner or my club down by not making this event. So, they gave me a PICC line which stands for Peripherally Inserted Central Catheter, basically a long IV that is put into a major vein on the inside of your bicep which runs a small diameter catheter to the top of your heart.” said David 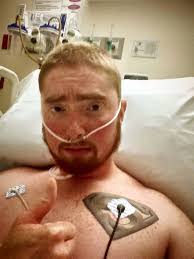 David went on to fish the event while having to administer three rounds of IV antibiotics throughout each day on the water. David and his partner were able to finish in second place and qualified for the FLW National Championship. David went on to graduate from Texas State University earning a 3.6 GPA with a business degree.

To this day David is still chasing his dream of becoming a Professional Angler. Earlier this year David’s dad asked him a question that no father should have to ask their son:

“Son, what is the one thing you want to do before you die? I will go to the ends of the earth to make sure that happens,” asked Don Cosner.

David thought all night about the question his dad asked him and the next day he gave his dad the answer:

“Papa, I want to compete against the best anglers in the world; I want to fish the Bassmaster Central Opens as a pro,” said David.

TheCHIVE and DudeProducts, makers of the famous DudeWipe, are going to spearhead a GoFundMe campaign to help raise funds for David to compete in the 2018 Bassmaster Central Opens, Bass Champs Central Division with David’s father as his partner to help accomplish his dream. During David’s 2018 tournament season himself, and travel partners Cody Ryan Greaney and Jed Holt, will be producing a VLOG/Documentary series called “Life on the Line,” capturing their journey as they travel the country and compete on the pro side in the Bassmaster Opens. All the content will be accessible on www.DavidCosnerFishing.com starting the first of October.

David’s “never give up” mentality and positive outlook on life has never changed through the years and is one reason he hopes to make the dream of being a professional anger a reality in 2018.  One of the keys to his success is keeping the “Positive, Mental, Attitude”. David will be fishing for a charity close to his heart during the 2018 season, the Vasculitis Foundation, here is what David had this to say about his 2018 season: 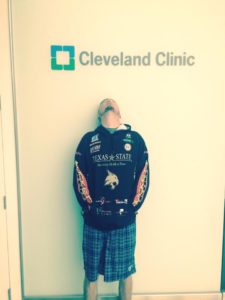 “The fishing community has given me so much in my life and I just wanted to bring something special along, a way to give back through fishing. I call it the “Reelin’ and Healin’” campaign. The three of us pros, Cody, Jed, and myself, will all represent one charity as well as Chive Charities. The organizations involved are the Vasculitis Foundation, which Wegeners falls under the category of Vasculitis, Cody will represent KOZ (Kids Outdoor Zone), which is a faith-based outdoor youth ministry that gets fatherless young men outdoors hunting and fishing, and Jed Holt will represent the Fishing for Freedom organization,”  said David.

“The concept is simple. Before each event, donors pledge a specified dollar amount per pound of total bass caught throughout the event. For example, someone pledges $1 per pound of my total weight for the tournament and I catch 40lbs. $40.00 will then be donated to the Vasculitis Foundation and the cherry on top is theCHIVE will match every donation regardless of the charity. All the information will be available on my angling web page, www.DavidCosnerFishing.com,” added David 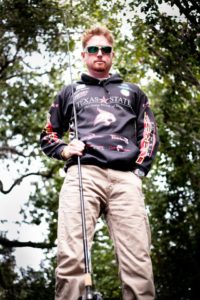 David Cosner went on to say, “In closing, I want to leave you with my favorite quote by the Dali Lama about what surprised him about humanity –

“Man… because he sacrifices his health in order to make money. Then he sacrifices money to recuperate his health. And then is so anxious about the future that he does not live in the present or the future; he lives as if he is never going to die, then dies having never truly lived.”  said the Dali Lama

If you are interested in helping David through his GoFundMe please visit the link below: 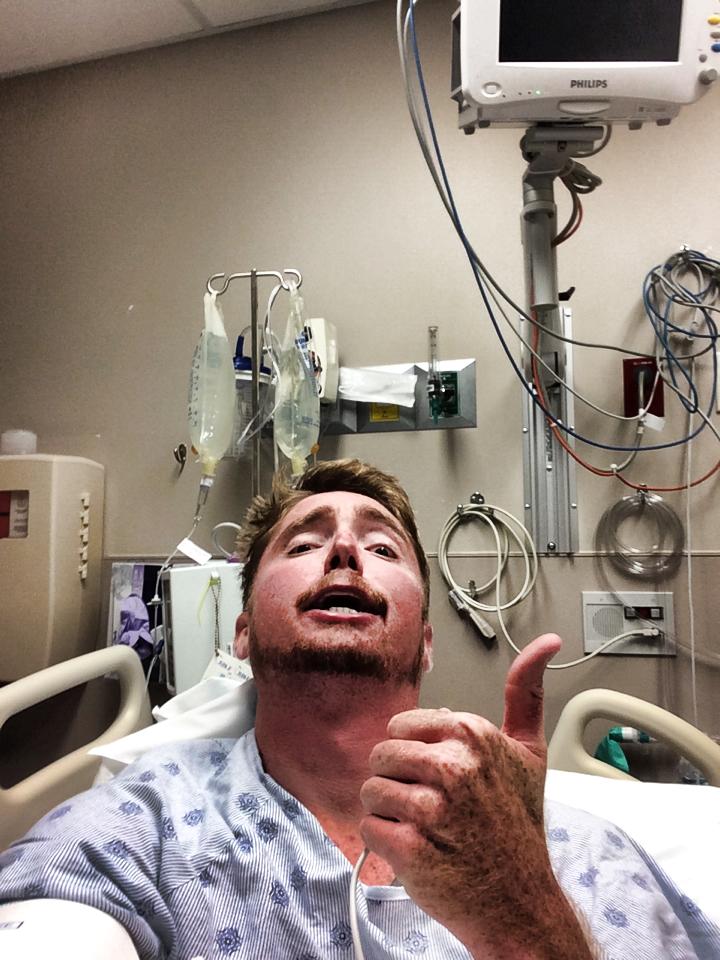 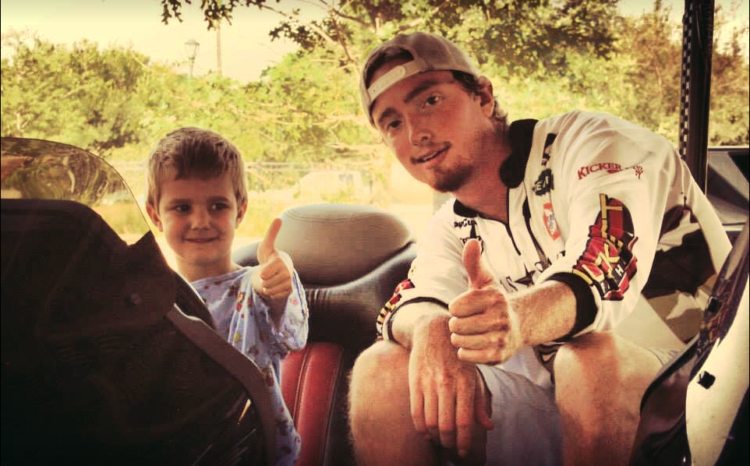 Bethel University Continues to Hold Strong in the Cabela’s School of the Year...
Scroll to top