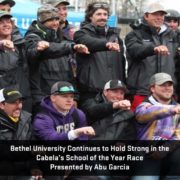 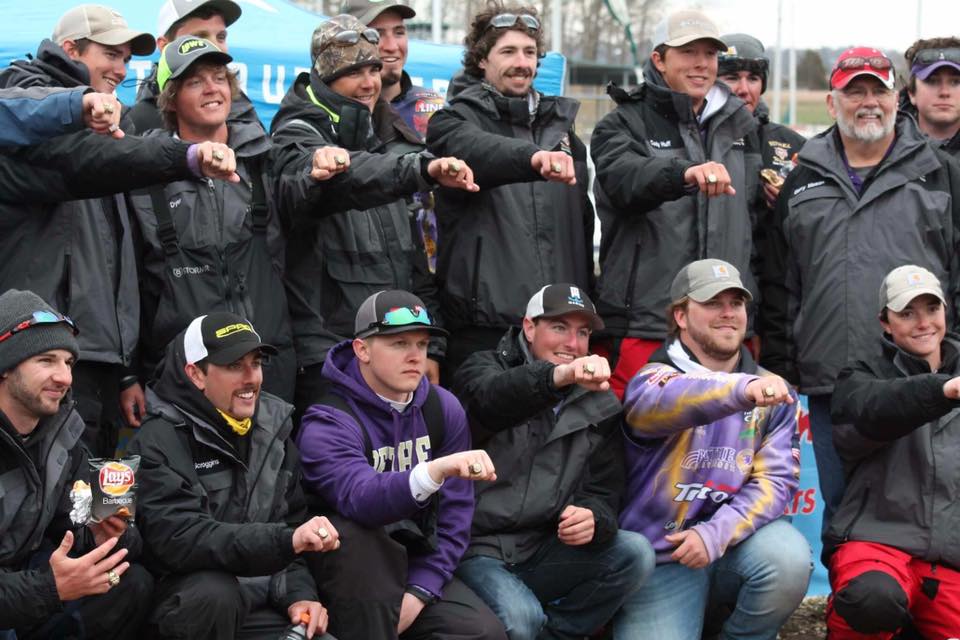 University of Louisiana – Monroe in 3rd 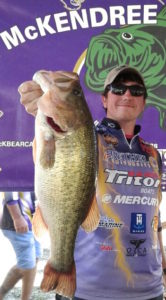 The 2017-2018 Cabela’s School of the Year presented by Abu Garcia has been dominated by so far this season by Bethel University .  The last event Bethel University competed in was the 2017 McKendree University Fall Invitational where the team of James Jerding and Brad Ableman came in second place with a five-fish limit weighing 13 pounds, and bringing home the big bass honors with a 5.47-pound beauty. Bethel University had a total of ten teams compete in the Fall Invitational, all trying to help earn Cabela’s School of the Year points.  So far this season seven different teams of anglers from Bethel have earned points on the water which shows how deep their program is this year.

“To stay in the lead for the School of the Year, we must continue our winning tradition this upcoming season. Bethel does not have to win every tournament in which we fish, but we must remain in the top five at each event and have a second team in the top ten to keep enough points to hold on to the School of the Year race throughout the entire season. The bottom line will be performance at each event. We look forward to the upcoming season and the opportunity ahead for our Bethel University Bass Team,” he added. 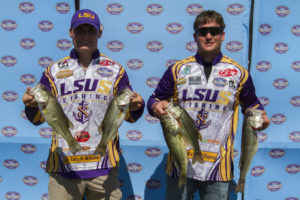 “It is everyone’s goal to win the Cabela’s School of the Year title and the whole Louisiana State University – Shreveport team is pumped to have a good start on accomplishing that goal. With one of our best anglers, Jared Rascoe, graduating this fall, every angler on the team, including myself, is going to have to step up their game to help achieve our team goal this year. None of this would be possible without the school being 100% behind us, as well as the unwavering support from the faculty and Dr. Lacy Williams,” said Louisiana State University – Shreveport Angler, JP Kimbrough. 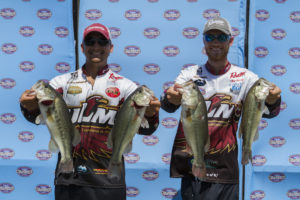 Sitting in third place is the University of Louisiana – Monroe after earning points fishing their 4th Cabela’s School of the Year presented by Abu Garcia qualifying event this season. The University of Louisiana – Monroe has recorded three top 15 finishes already this season. The team of Nicholas Joiner and Tyler Stewart have the highest finish placing 4th at the FLW Championship, Koby Dortch and Hogan Beckley finished 9th at the FLW event on the Red River, and Tyler Craig and Spencer Lambert were able to place 12th at the Bassmaster Championship earlier this season. Luke O’Neal also helped earn points for the school with a 74th place finish at the Bassmaster Wildcard fishing solo.

Here is a look at how the entire Top 20 schools in the Cabela’s School of the Year presented by Abu Garcia are sitting currently:

The Association of Collegiate Anglers (ACA) manages the multifaceted Cabela’s School of the Year presented by Abu Garcia program to both rank and reward collegiate bass fishing teams throughout the country.

The program has been built to reward and recognize teams that compete on the water in numerous national level trails such as the Association of Collegiate Anglers’ Cabela’s Collegiate Bass Fishing Series™, as well as select national College B.A.S.S and FLW events in order to truly crown a school of year champion based on performance.

In addition to the three national collegiate fishing trails, the ACA will also award points for select ACA-School sanctioned events throughout the season.

An initial listing of the 2017-2018 events eligible for points is maintained on the Cabela’s Collegiate Bass Fishing Series website ( www.collegiatebasschampionship.com ) and can be found here.  As part of the program, the ACA will award points to each competing school, based on a point system.  In addition to competition points, teams can also earn points for hosting their own events.  Additional events and dates will be added as the college fishing schedule evolves annually.

For more information on the Cabela’s School of the Year presented by Abu Garcia program visit: https://www.collegiatebasschampionship.com/cabelas-school-of-the-year-program-description/