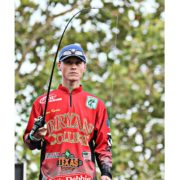 For many clubs, the Cabela’s School of the Year Title is already known to be the most prestigious title in college fishing because of the work teams and members have to put in towards the title.  Bryan College, while a newcomer to the collegiate bass fishing scene, knows that attaining this Title is one of the primary goals of the club.

Soon enough, Bryan College will know if they did enough this season to capture the title. The final event of the season will be fished on Lake Pickwick, which is also the home of the University of North Alabama fishing team, and with double points on the line, it’s still possible that either University of Tennessee – Knoxville or the two time champs North Alabama could come from behind to steal the win.

The Current Cabela’s School of the Year Top Ten teams are listed as follows: 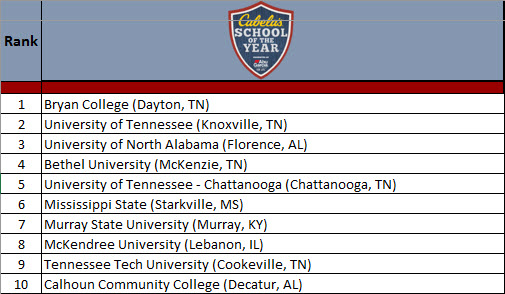