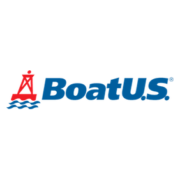 ALEXANDRIA, Va.- The battle to protect your boat’s engine is not over. Right now, the Environmental Protection Agency is asking for public comments on the amount of ethanol that must be blended into the nation’s fuel supply for 2018, and Boat Owners Association of The United States (BoatUS) is urging recreational boaters to speak up and be heard by providing comments at http://cqrcengage.com/boatus/app/act-on-a-regulation?2&engagementId=389053. The deadline is midnight August 31.”While the nation’s proposed ethanol levels for 2018 are slightly lower than the 2017 mandate, boaters can expect to face higher ethanol-fuel blends, such as E15 (15-percent ethanol) at more gas stations next year under the current proposal,” said BoatUS Manager of Government Affairs David Kennedy. Because of its ability to damage boat engines, federal law prohibits the use of gas blends greater than E10 (10-percent ethanol) in recreational boats.

Most recreational boaters refuel their boats at roadside gas stations. E15 and higher ethanol blend fuel can now be found in at least 23 states, often at the very same pumps as E10 gasoline. A single sticker on the dispenser pump mixed in with all the other labels may be the only warning of E15 gasoline. This creates a dangerous potential for misfuelling and puts boaters at risk of using fuel that will damage their engines.

Signed into law in 2005, the Renewable Fuel Standard (RFS) requires an increasing amount of biofuels, such as corn ethanol, to be blended into the gasoline supply. When it was written, RFS assumed that America’s use of gasoline would continue to grow. Since 2005, however, gasoline usage has not increased as forecasted, which today forces more ethanol into each gallon of gas.

Go to BoatUS.com/gov/rfs for more information on the Renewable Fuel Standard. BoatUS is a member of the Smarter Fuel Future coalition.