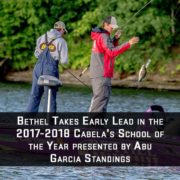 As summer kicks into high gear, the race to win the most prestigious title in collegiate fishing gets underway each year.  This year’s race for Cabela’s School of the Year presented by Abu Garcia promises to be the biggest and hardest one to win yet thanks in large part to a new points system designed to provide more points earning opportunities than ever before.

With two sanctioned events already completed so far in the 2017-2018 season of the Cabela’s School of the Year race presented by Abu Garcia The Association of Collegiate Anglers has just released the first rankings of the Cabela’s Collegiate Bass Fishing School of Year race.  It comes as no surprise to college fishing fans to see some of the top college fishing schools in the nation holding the top three spots early on in the race.

Bethel University’s bass fishing team has taken an early lead in the season long quest to be crowned the best fishing team in the nation.  Bethel has yet to win a school of the year title and it will be interesting to see if this will be their first one.   Sitting in second is Kansas State University thanks to a great finish at the FLW Championship on Lake Wheeler.  Sitting in third is two-time Cabela’s School of Year winners, the University of North Alabama.  UNA also was runner up this past season to Bryan College. 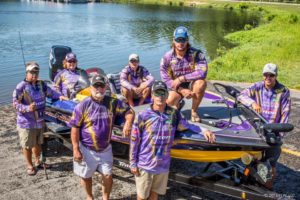 Reigning Cabela’s School of the Year winners, Bryan College, are definitely in the hunt for a repeat title this year and are expected to have a huge presence throughout the season.  As many teams, have found out over the years, in order to be competitive in the Cabela’s School of the Year presented by Abu Garcia race, teams must work together and share the same mind set in order to accomplish their goals. 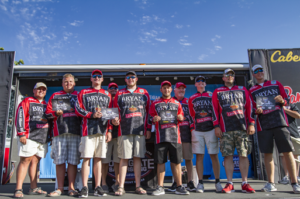 The current list of ACA School of the Year events includes major tournaments from the three national collegiate circuits: Association of Collegiate Anglers’ Cabela’s Collegiate Bass Fishing Series™, Carhartt College B.A.S.S., and FLW College Fishing.  Along with these circuits, individual schools may host ACA sanctioned events throughout the year based on good participation and discretion from the Association of Collegiate Anglers.

Wade Middleton, Director of the Cabela’s Collegiate Bass Fishing Series™ and President of CarecoTV, stated that, “The Cabela’s School of the Year program is something we’ve seen grow since we first formed the ACA and we’re proud of its growth.  The media attention that this race gets is unprecedented in college fishing as it’s the only program that is settled on the water at major college fishing events all over the nation.  Any team finishing in the top 25 in the nation has earned their spot there.   The new points system for this year is really going to allow schools all over to make a run at the top rankings!”

For complete details on the 2017-2018 Cabela’s School of the Year Program, please visit: www.collegiatebasschampionship.com