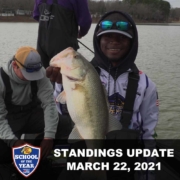 SAN ANTONIO, TX (March 22, 2021) – Last weekend, the Association of Collegiate Anglers hosted its first major televised event of 2021 on Kentucky Lake in Henry County and Paris, TN.  The 2021 Bass Pro Shops Big Bass Bash presented by Berkley contested March 13th & 14th was won by the University of Montevallo’s Cole Dodson.  Dodson, who took the overall victory at this no-entry-fee tournament, also claimed 1,000 points towards the Bass Pro Shops School of the Year presented by Abu Garcia to help Montevallo maintain its ranking as the number one team in the nation. 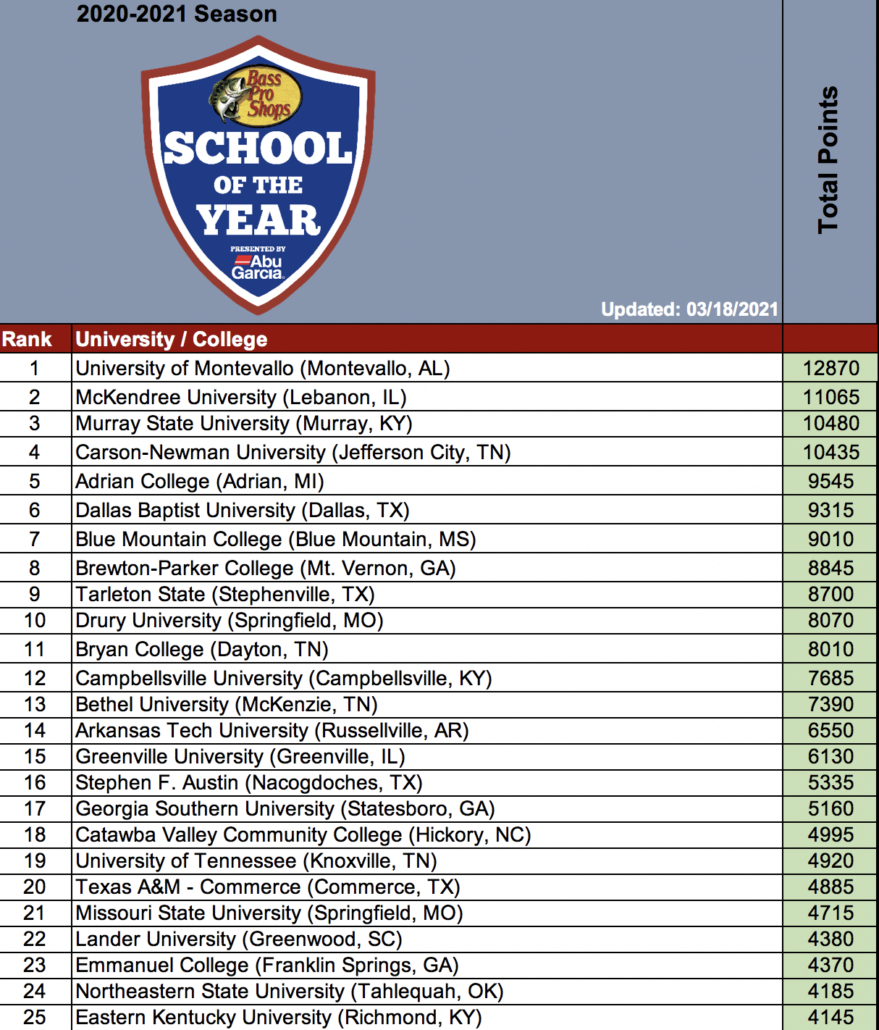 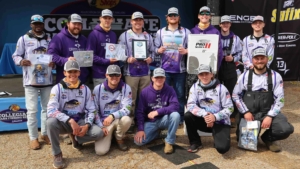 event, Montevallo now leads McKendree by 1,805 points.  The School of the Year leaders placed two fish in the Top 35 to earn a total of 1,660 points leaving Kentucky Lake.  Cole Dodson won the event with a largemouth bass weighing 5.75 pounds.  That fish paid out over $6,000 in prizes & contingencies, as well as 1,000 School of the Year points.  Dodson’s fellow teammate Tommy Sendek weighed in Montevallo’s second largest fish of the event at 4.04 pounds to claim 35th overall.  The University of Montevallo now has a total of 12,870 points on the season.

McKendree University is the back-to-back defending title holder of the Bass Pro Shops School of the Year presented by Abu Garcia and was able to cut into Montevallo’s lead ever so slightly after last week’s event based on two quality fish caught by Harmen Marien (7th overall) and Joseph Bruener (17th overall). The McKendree team will be looking to cut into that lead even more as the spring season continues over the next few months.

The biggest move of the weekend was made by Murray State University.  Murray was sitting in fifth place prior to the Bass Pro Shops Big Bass Bash presented by Berkley.  Following a second and third place finish in the final overall standings, the local team from Murray, KY is now the third ranked team in all of collegiate bass fishing.  Of the 1,990 maximum points one given school could earn at the Big Bass Bash, Murray amassed a total of 1,970.

Here are several other teams that made significant moves in the latest update:

While major moves up in the standings were made by numerous teams in the latest update, several teams that have been ranked in the Top 25 all season dropped in the standings.  Here is a look at those teams: