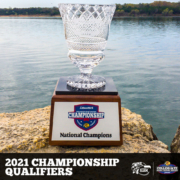 SAN ANTONIO, TX (April 15, 2021)-Entering the Pickwick Slam this past weekend, only five additional automatic qualifying slots remained to be earned for top finishers at an ACA Major event.   With the 2021 BoatUS Collegiate Bass Fishing Championship presented by Bass Pro Shops less than 2 months away, those highly coveted, guaranteed slots to punch a direct ticket to compete at Lake Murray in South Carolina May 26-27, 2021 were on the minds of many teams.  Here is a look at each of the top five teams that qualified directly from the 2021 Pickwick Slam: 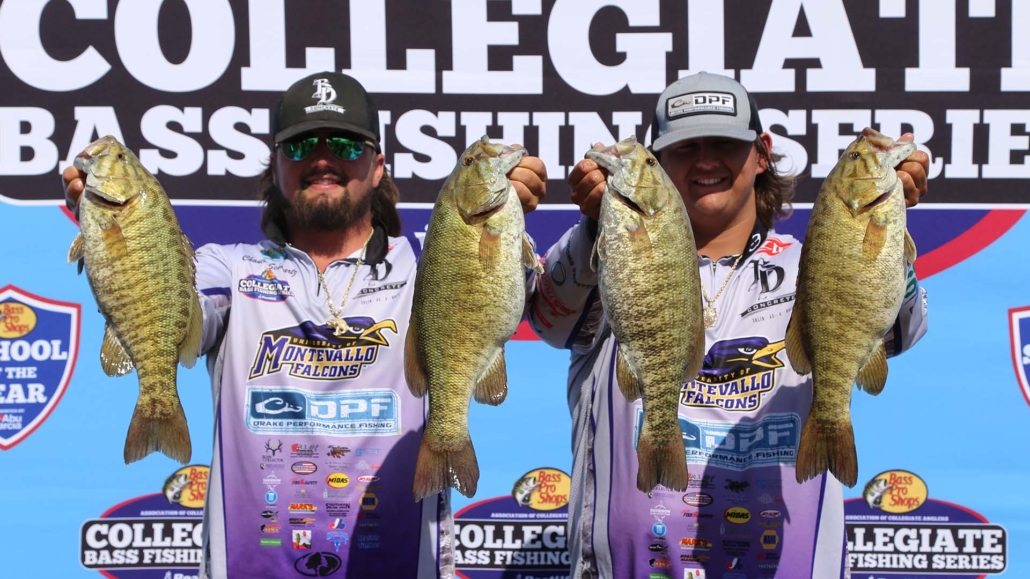 James Willoughby & Chance Schwartz from the number one ranked University of Montevallo finished in first place with a two-day total weight of 45.52 pounds.  This duo of Montevallo anglers is no stranger to the BoatUS Collegiate Bass Fishing Championship presented by Bass Pro Shops.  In 2020, at Pickwick Lake, Willoughby & Schwartz entered the final day in the top three overall.  They were unable to seize the moment and take the win but did gain some valuable experience that could pay dividends this season.  Montevallo has now earned a total of two automatic qualifications via top five finishes at the last three ACA events.  Combine those two automatic bids with the four spots Montevallo is set to earn by being in the Top 25 for the School of the Year race, the top-ranked team is qualified to send up to six boats to the Championship at the moment. 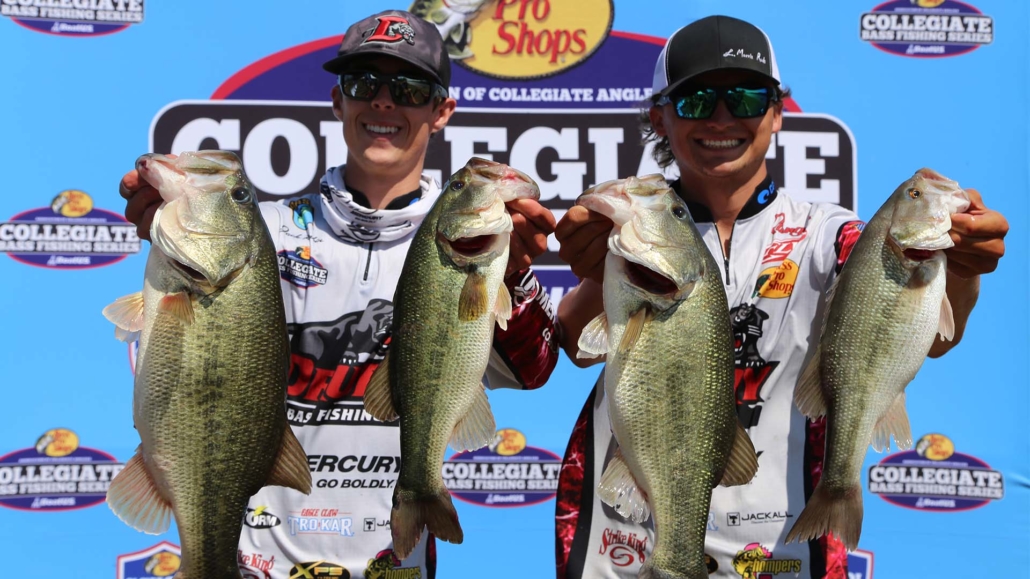 Finishing the Pickwick Slam in second place are Brock Bila and Jack Rankin from eighth-ranked Drury University.  With a two-day total of 40.15 pounds, the two Drury anglers were the only other team to weigh over 40 pounds of bass during the event.  Drury University has now earned a total of three automatic qualifying spots this season.  Combine this performance at the Pickwick Slam with two top-five finishes at the AFTCO Open, Drury University currently stands to send up to seven teams to the 2021 Championship, and over the past two years has proven to be one of the rising programs in college fishing. 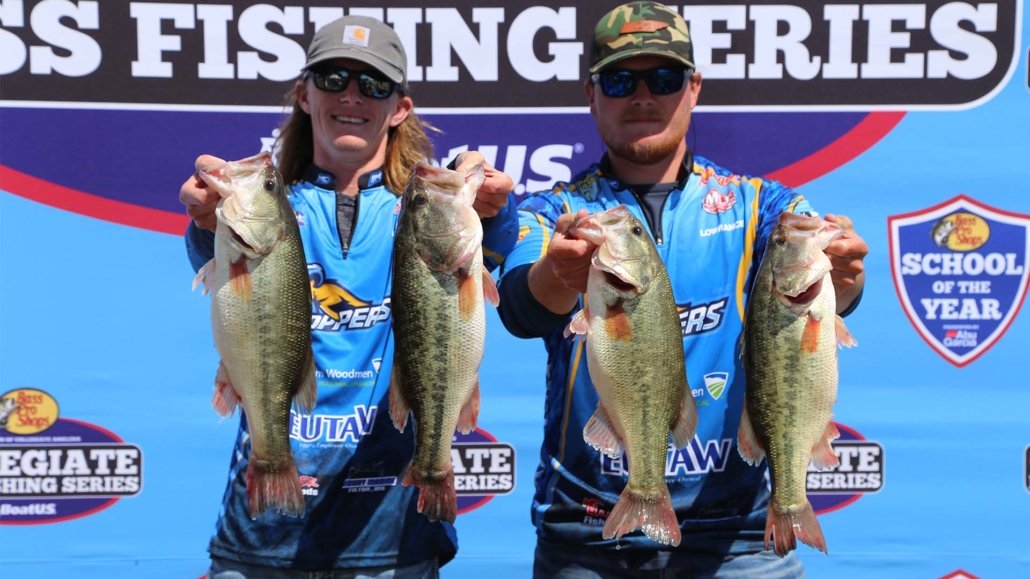 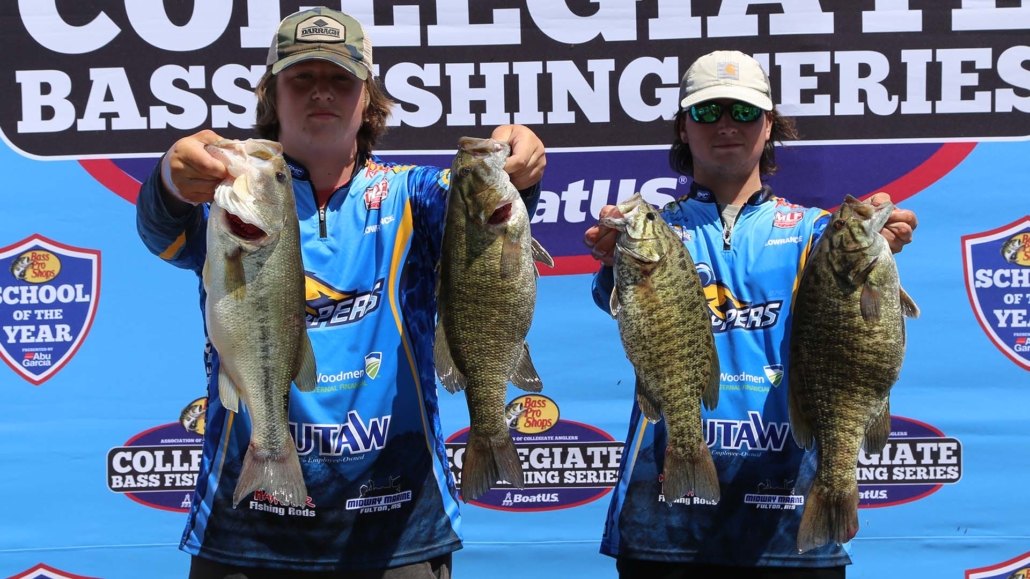 Seventh-ranked Blue Mountain College secured two additional boats in the 2021 BoatUS Collegiate Bass Fishing Championship presented by Bass Pro Shops thanks to two of their teams finishing back-to-back in the standings.  Fisher Young & Fisher Overton finished third, and Camden Lewis & TJ Edwards claimed fourth place honors.  Blue Mountain College is eligible to send six teams if the cutoff deadline for the School of the Year standings was today.  The Mississippi-based team is now one of five schools to earn multiple automatic qualification bids via top-five finishes this season and has become a fixture at or near the top of the School of the Year rankings in recent years.

Rounding out the top five are Griffin Fernandes & Zach Manneback representing Adrian College.  Adrain, perennially one of the top fishing schools in the nation, is poised for another Top 10 finish in the School of the Year rankings this year.  Adrian College is now set to send a maximum of five teams to Lake Murray at the moment.