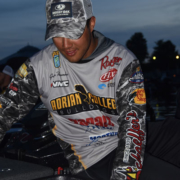 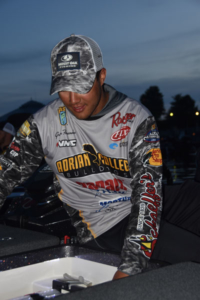 Bringing the outdoors into our nation’s schools has been a brilliant success on many fronts, one with even brighter days still ahead. From archery to trap and skeet, the opportunity to compete on a team in a pursuit oriented to the outside has meant wonders to many, and perhaps none more successfully than scholastic bass fishing. Now a sport recognized by hundreds of institutions of higher learning, it’s enriching the lives and future livelihoods of students continent-wide.

“Fourteen years ago we threw the first college bass championship in Texas, and we really didn’t know what we’d get,” Wade Middleton, Association of Collegiate Anglers Director, said. “We had a field of 80 anglers. Some of them showed up with homemade live wells built into old ice chests. Some of them showed up dressed as if for a job interview. Some showed up as though they were headed to a football game.”

As this year’s field of 400 polished qualifiers attests, the event has both grown and solidified into college bass fishing’s paramount event of the year. Entrants hailed from schools ranging from Louisiana to Canada and from Buffalo, New York to the desert Southwest. They brought with them practiced local knowledge of how to land heavy bags of bass, and they brought a strong fire for competition as well.

“Now it’s hard for some of the anglers just to qualify from their own school,” Middleton said. “It’s something anglers from all over the country strive for and work for and practice for, and the event creates an opportunity for all of them that goes well beyond winning a tournament. These anglers are the next generation of professional bass fishermen, and they are also the next generation of professionals in the outdoor fishing and hunting industries. The networking they’ll do here will pay dividends for the rest of their careers, because they’re meeting representatives from such a host of sponsors, from big companies like Bass Pro and Yamaha and Mossy Oak to the most obscure tackle companies; this environment is the place to be to meet people who are interested in them as professionals. It’s also an ideal way to meet and get to know each other.”

The championship event presents an outstanding test of skill.

“This really is a tough event to win,” Middleton said. “Pickwick and the Tennessee River comprise one of the world’s great fisheries, and the conditions vary widely with the weather and the current. Anglers blasting off from here can reach a wide variety of fishing habitat very quickly. We have a field of 400 competitors fishing a two-day event, and it’s a real challenge to finish on top.”

Colleges and universities represented included many members of the Southeastern Conference, but the majority of the field was filled with names that might not be as familiar.

“We’re really seeing college bass fishing grow in the smaller and mid-major schools,” Middleton said. “Often, these schools are located in rural areas, which is also often where the best fishing is. It’s a sport open to both men and women, and it’s one in which teams from anywhere can absolutely be competitive from top to bottom.”

Bethel University, as a case in point, winner of the 2018 and 2019 national championships, is located in McKenzie, Tennessee, two hours northeast of Memphis. It has an enrollment of slightly more than 4,000. Among the rest of the tournament’s top 10, North Carolina State University, LSU and Tennessee appear in equal frequency with Calhoun Community College, Blue Mountain College, Dallas Baptist and McKendree University. 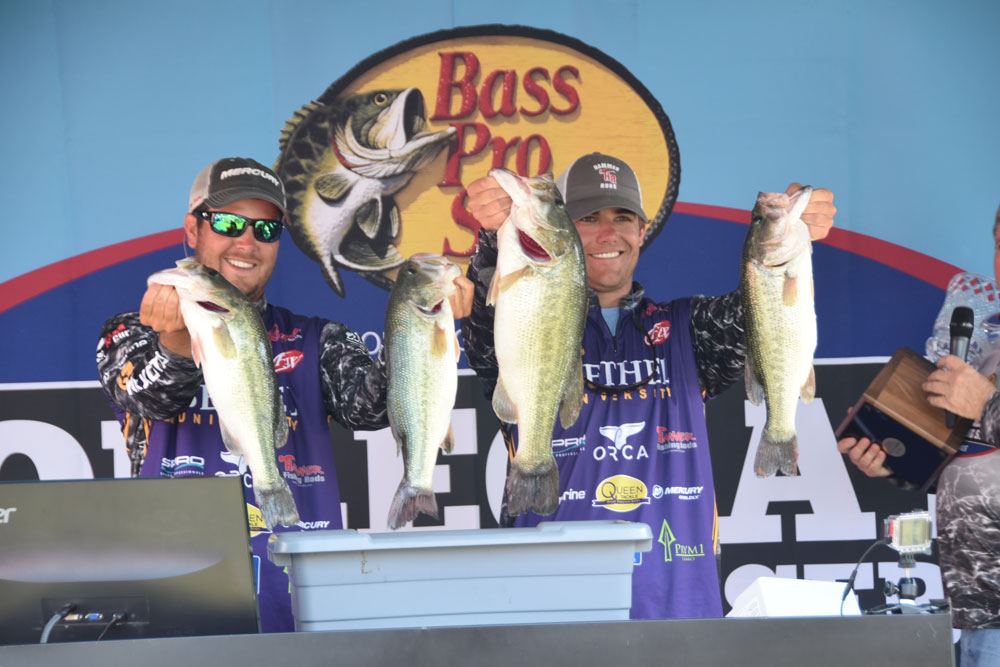 McKendree Wins School of the Year