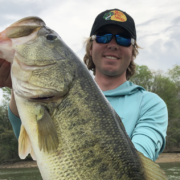 San Antonio, TX (4/11/2020) – On Wednesday evening at 6:00 PM (CST) the Online Tournament put on by the Association of Collegiate Anglers 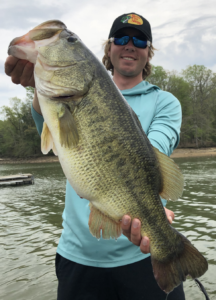 officially ended.  Over the span of six days, numerous college anglers fished public lakes, streams, rivers, and private ponds from upstate New York to the delta in California in search of the longest bass they could catch.  Approximately 100 fish were submitted in total, with dozens of fish measuring over 20 inches.  Cole Sands from Bryan College won the Online Tournament with a largemouth bass measuring 24.6 inches.

Last Friday, Cole embarked on a full day of fishing at Lake Chickamauga in Tennessee.  He knew that he needed to catch a fish over at least 20 inches to even have a shot of finishing in the Top 5 and earning one of the coveted prizes.  By the end of that day, he had managed to sack up 30 pounds of bass for his best five.  The longest of those fish measured a little over 22 inches, which had him inside the Top 5 after Friday’s update.  However, Cole immediately knew that wasn’t going to cut it against the best college anglers in the country.

“I knew that wouldn’t hold up against the guys in this competition.  So I went out on Monday, Tuesday, and Wednesday just trying to catch one true giant,” said Sands.

Knowing now what he needed to do to claim the lead, Cole armed himself with a large swimbait and went out in search of a bass that would best the 23.5-inch leading mark.  So Cole loaded up and made his way to an area on Chickamauga where he knew the big ones lived.  “I picked up that big swimbait, and about my tenth cast that one bit and it jumped.  I was like, ‘ Oh my gosh, this is the fish to win this tournament.’ I horsed it in.  We got it in the boat,” Sands explained.

As can be seen in the attached video, Cole was ecstatic to land the winning fish.  The bass measured just over 24.5 inches and weighed in at 10.18 pounds.  That placed him at the top of the leaderboard and bested second place by half an inch.  By taking first place in the Online Tournament, Cole will receive a $250 Bass Pro Shops gift card.  Here is a look at how the Top 5 shaped up: 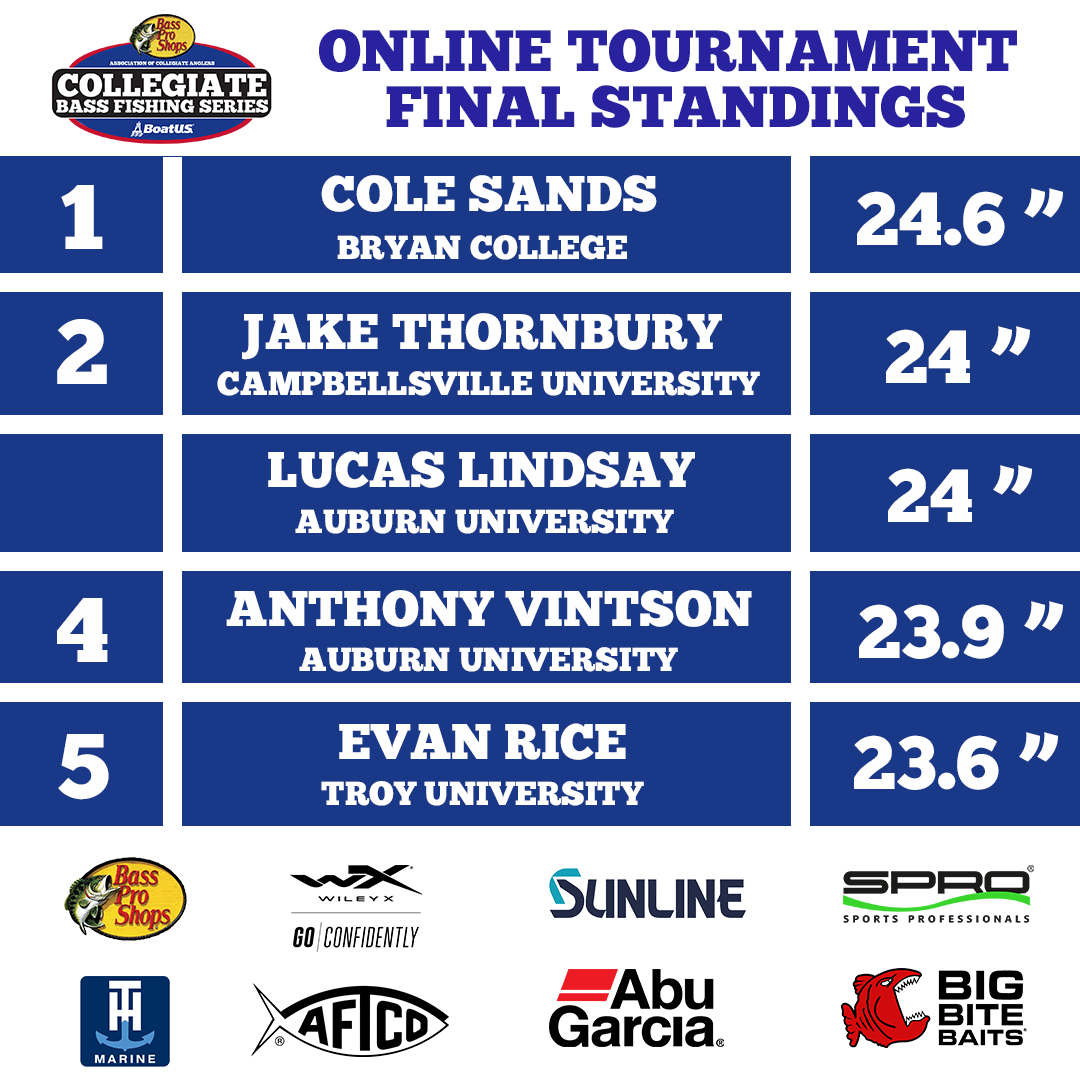