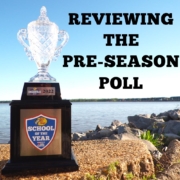 SAN ANTONIO, TX (June 7, 2022) – The Bass Pro Shops School of the Year presented by Abu Garcia is college fishing’s only all-encompassing National Rankings system.  Awarding points across various major national collegiate trails, as well as local and regional events, the Association of Collegiate Anglers’ National Rankings system is a year-long chase involving school teams from coast to coast as they compete to finish the year ranked not only number one, but to also be recognized as one of the Top 25 schools in the nation.

Entering the 2021-2022 season, the ACA conducted a Pre-Season Poll to rank the Top 25 school teams in the nation.  Media members, coaches, anglers, and industry representatives voted to rank the schools according to who they thought had the best chance to do well this season.  Here is a look at the final actual rankings compared to where those teams were ranked according to the ACA Pre-Season Poll: 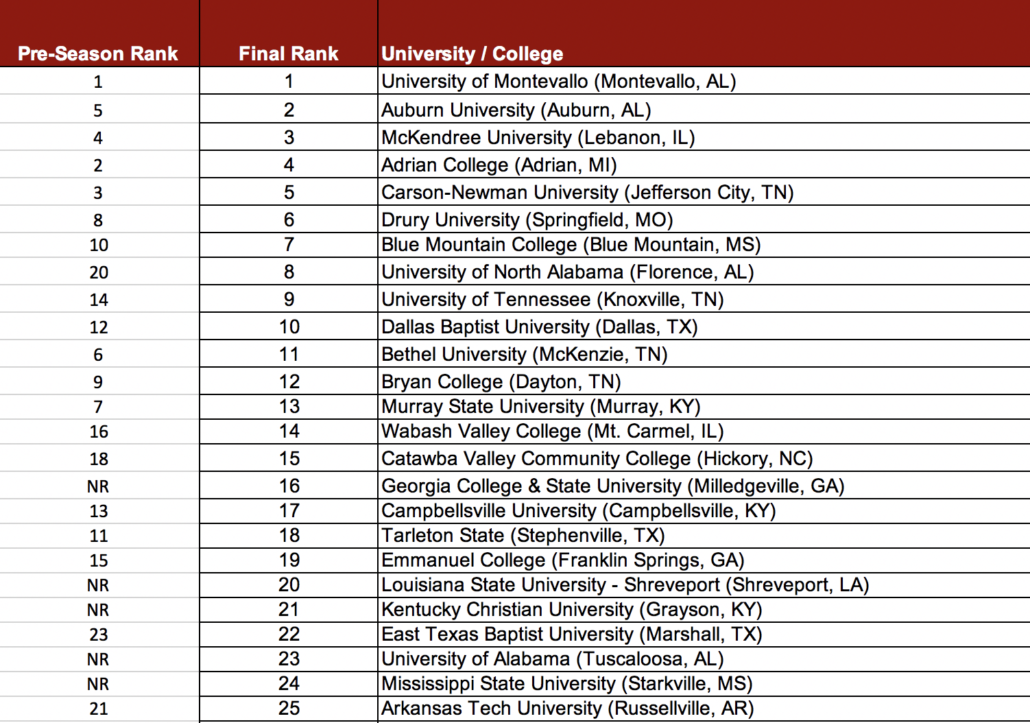 20 of the Top 25 ranked school teams entering the year finished the 2021-22 season inside of the Top 25 for the Bass Pro Shops School of the Year presented by Abu Garcia.  The University of Montevallo entered the season ranked number one according to the coaches, media and schools who had votes, and they lived up to those pre-season expectations by finishing the year in the top spot.

Entering the season, these teams were ranked in Top 25 and fell outside of the prestigious mark:

The 2022-23 season of the Bass Pro Shops School of the Year presented by Abu Garcia began on June 1, 2022 and will run until May 26, 2023.  The Association of Collegiate Anglers will once again conduct a Pre-Season Poll to kick off the 2022-23 race.  Look for the Pre-Season Poll to be released in late July, with the first official standings of the new season to be dropped the first week of August.