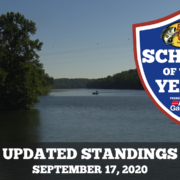 SAN ANTONIO, TX (9/17/2020) – Leading up to the first Association of Collegiate Anglers event of the fall, the race for 2020-2021 Bass Pro Shops School of the Year presented by Abu Garcia is really starting to take off.  The latest update features results from five new events, two of which awarded 750 points to the victor, and 14 of the current Top 25 teams were not previously ranked in the Top 25.  Murray State proved to be the biggest mover of this group as they jumped up from 49th to take over the new number one position with 2,190 points.

Murray State University anglers have put together a quality stretch to begin the month of September.  Adam Puckett & Nathaniel Lear kicked things off with a victory at the FLW Regional on Lake Guntersville on September 4th.  The pair brought a five-fish limit to the scales weighing 18 pounds 1 ounce to win by a margin of just one ounce.  Exactly one week later, another group of Murray State anglers finished second at the FLW Regional on the Ohio River in Paducah, KY.  Luke Ripple & Blake Albertson weighed in 7 pounds 6 ounces of bass to earn 745 points for their club.  That two-week stretch netted Murray State a total of 1,495 points, which proved good enough to leapfrog them to the top of the standings for the School of the Year race.

Here is a look at the latest Top 25 standings for the Bass Pro Shops School of the Year presented by Abu Garcia: 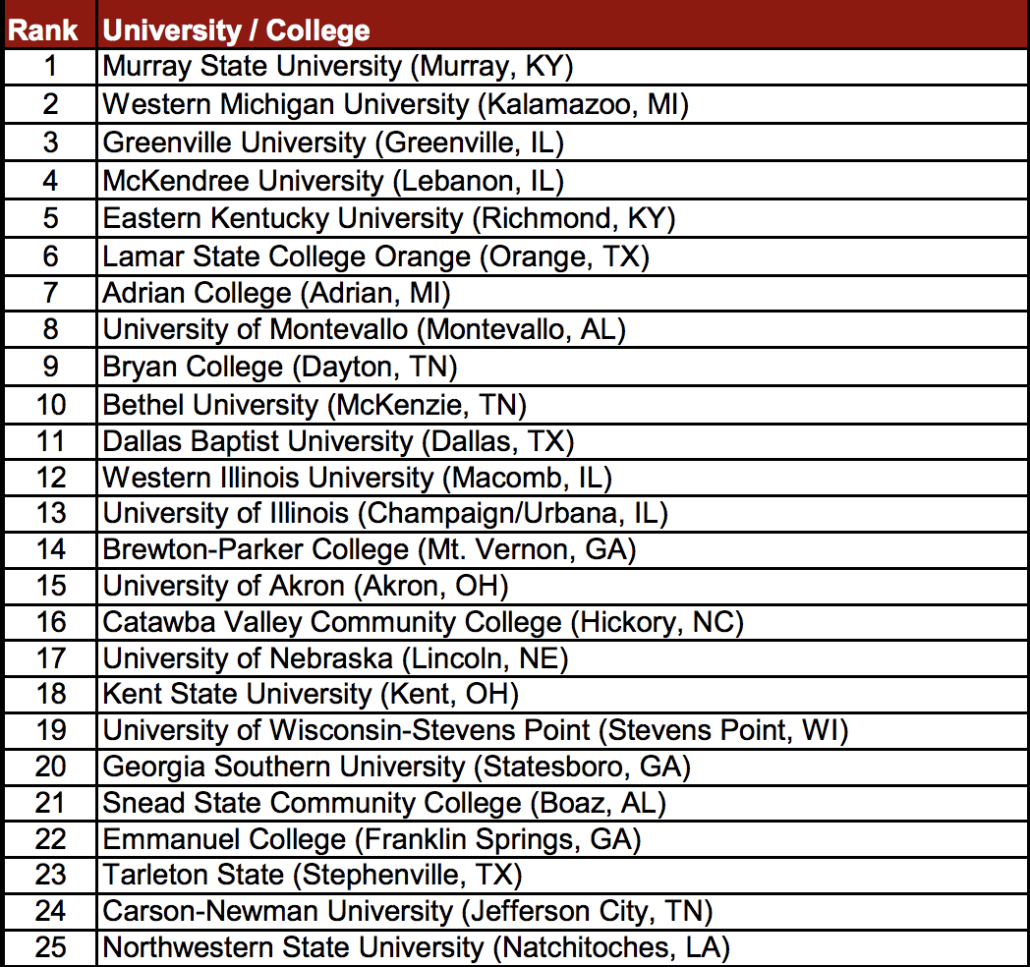 The latest update to the Bass Pro Shops School of the Year presented by Abu Garcia saw some big-time moves occur as more and more teams begin their seasons and earn valuable points.  A total of 14 teams moved up into the Top 25 since the previous update.  Here is a list of a few of the significant movers:

In addition to the 14 teams that are new to the Top 25, five teams in the previous Top 25 increased their position in this week’s ranking.  Western Michigan, Greenville University, and McKendree University are now ranked 2nd through 4th respectively after previously being inside of the Top 15.  The other two teams to improve inside of the Top 25 are Lamar State College Orange and Bethel University.  Lamar moved from 8th up to 6th, and Bethel improved on its 24th  place ranking to jump up to 10th.

The entire month of September, and October for that matter, is set to be extremely busy.  A total of 10 School of the Year recognized events will occur over the course of the next five to six weeks.  Just this week alone, 2,250 first place points are up for grabs between now and Sunday.  The next update to the School of the Year standings, scheduled to drop next week, will include results for the FLW Open and the Bass Pro Shops Big Bass Bash presented by Berkley.