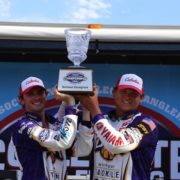 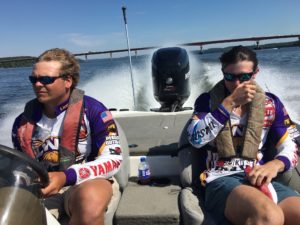 After day one of the 2017 BoatUS Collegiate Bass Fishing Championship presented by Cabela’s this is what Sloan Pennington and Hunter Mccarty had to say after weighing in 23.31 pounds and were sitting in third place:

“We’re actually the underdogs of the team, the other guys on the team are ledge hammers, and they are just really good. We are from Smith Lake and the Coosa River which are two polar opposites with Pickwick lake right in the center,” said Sloan Pennington and Hunter McCarty.

Less than 24 hours after Sloan and Hunter had that to say, they were able to back up their day one weight with another impressive five fish limit weighing in at 21.02 pounds.  The combined weight was enough to give them a two day total of 44.33 pounds and the coveted 2017 BoatUS Collegiate Bass Fishing Championship presented by Cabela’s Title.  Let’s take a look at what these anglers focused on during the event and what their thoughts were on the event itself.

“We caught most of our fish on big swim baits and worms in eel grass also we had one school of fish that we had mostly to ourselves that really helped us,” said Hunter McCarty.

“We caught most of keepers on big swimbaits in grass. This was a pattern I don’t think anyone else was on so that was big,” said Sloan Pennington. 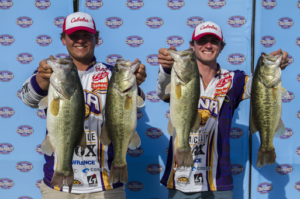 “A key decision we made was to fish our strengths and have fun and I really believe that helped us find success,” said Hunter McCarty.

“The best decision I think we made was to drop the trolling motor and actually fish instead of running around all over the lake. We learned a lot in practice, everything we caught fish on I had not previously known about until we found them in practice,” said Sloan Pennington. 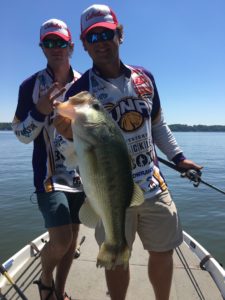 “It was a life changing experience, it still doesn’t feel real. Championship week is always a blast and this one was even better with winning it all,” said Hunter McCarty.

“Going to school right here in Florence is awesome and we get to see more of the city and how special it really is than any other school. The ACA always puts on a great fun filled week and this tournament always is a blast to compete in,” said Sloan Pennington. 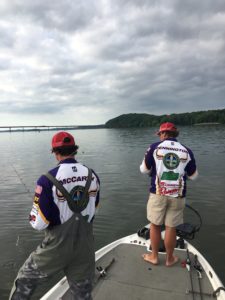 “I want to think the Good Lord for allowing me to what I love. Also I want to think my family, friends and girlfriend for supporting me and allowing me to be out of town almost every weekend. Also I would like to think UNA for helping fund us to travel around doing what we love. Also I would like to think Cabela’s for allowing us to represent their company during this event. Lastly a huge shout out to all of my sponsors for everything the do for us!” said Hunter McCarty.

“I would like to thank all my friends and family for all the support. My parents especially deserve a big thank you their support is huge, and I couldn’t do what I do without them. I would also like to thank our school for funding and giving us the opportunity to fish these tournaments. Cabela’s puts on some great events and we are privileged to participate in them,” said Sloan Pennington. 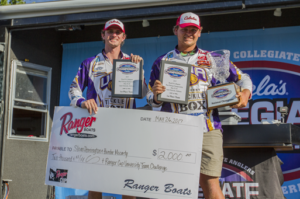 To find out how you can take advantage of each of the contingency programs, click here: https://www.collegiatebasschampionship.com/discounts-incentives.html