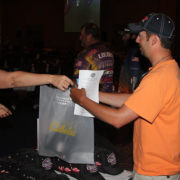 SAN ANTONIO, TX (September 13, 2016) — Already known as one of the largest and longest supporters of competitive collegiate bass fishing, Cabela’s, the World’s Foremost Outfitter® of hunting, fishing and outdoor gear, is boosting their support and long standing partnership of the Collegiate Bass Fishing Series and the Association of Collegiate Anglers.
As part of the continued sponsor commitment, Cabela’s will remain the title sponsor and official retailer of the series. Additionally, the company will continue in its position as the title sponsor of the Cabela’s Collegiate Big Bass Bash Presented by Berkley event held on Kentucky Lake in Paris, TN. 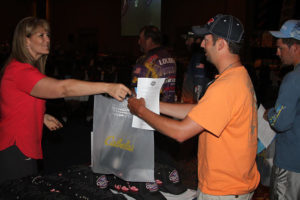 Cabela’s will also serve as the title sponsor of the School of the Year Standings, a culmination of finishes at national college fishing events throughout the year. As part of the Cabela’s School of the Year Program, Cabela’s and the Association of Collegiate Anglers will support a growing number of school-run sanctioned events across the nation.

“Our partnership with the Collegiate Bass Fishing Series and Association of Collegiate Anglers is part of our commitment to grow the sport of fishing. This program has provided collegiate anglers with great national fishing events and opportunities to introduce youth to fishing for years,” said Jeremy Wonch, Cabela’s Brand Partnership Manager. “Cabela’s is proud of this continued partnership and thrilled to see it grow.”