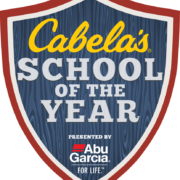 With a little over two weeks to go before the season ends, culminating with the BoatUS Collegiate Bass Fishing Championship on Pickwick Lake, a little showdown is shaping up between the current Cabela’s School of the Year presented by Abu Garcia leaders, Bryan College, and two-time winners, University of Alabama.  Bryan College has been leading for most of the season, but not too far behind is the University of North Alabama who is looking to bring this prestigious title back home on their home lake.  Behind them is University of Tennessee-Knoxville in 3rd; Murray State University in 4th; and McKendree University in 5th.

Bryan College has climbed the ranks of the Cabela’s School of the Year race this year bringing in consistent Top 10 finishes in all the events in which they have competed.  Though a young program, Bryan College has proven that they are a strong competitor throughout the nation by surpassing the 243 schools in the Cabela’s School of the Year program.

With official practice starting on May 21st for the last double points event of the year, Bryan College is chomping at the bit, ready to make the trip down to Florence, Alabama. 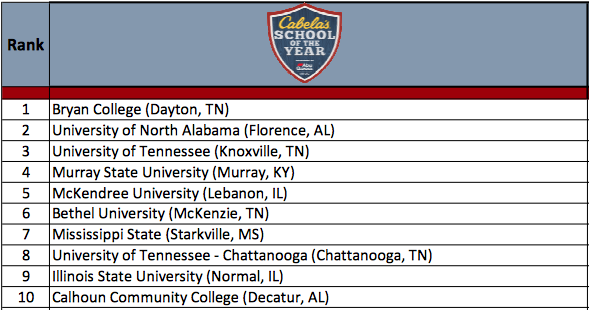