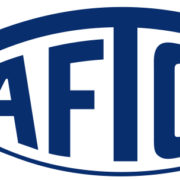 (January 8, 2018) – 2018 marks the 60-year anniversary for iconic brand AFTCO, and with it a new era, as it enters the bass fishing clothing market. Family owned and operated by three

The driving principle behind AFTCO’s growth has always been their passion for conservation through a 10% Pledge that gives 10% of their annual profits to conservation initiatives each year. President Bill Shedd has donated over 10,000 hours to conservation projects and leadership across the country, and continues to be strong proponent for preservation causes.

In 2018, AFTCO will take their top selling products and conservation message into the freshwater market for the first time. Many conservation driven initiatives include AFTCO conservation-focused tournaments, conservation incentive programs, and a range of programs aimed at honoring their company heritage in the freshwater market. AFTCO also plans to support the youth fishing movement through a recently launched Bass Boot Camp YouTube Series Contest, and will host the AFTCO Collegiate Open within the Cabela’s Collegiate Bass Fishing Tournament Series in Fall 2018.

About AFTCO
AFTCO MFG. CO., based in Santa Ana, California, reflects a legacy of building the finest in fishing tackle and performance fishing clothing. For over 60 years, AFTCO has maintained the highest level of craftmanship trusted by fishermen worldwide. The AFTCO name represents unparalleled quality, performance, reliability and a commitment to conservation. Every year since 1973, AFTCO and the Shedd family have contributed more than 10% of company profits to help protect our resources and ensure a sustainable fishery for future generations. To learn more about AFTCO and the company’s 10% Pledge for Conservation, visit aftco.com/conservation.