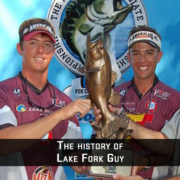 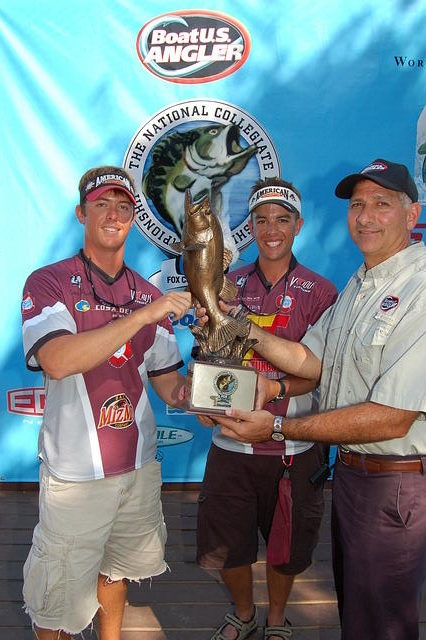 Many of you know who Lake Fork Guy (Justin Rackley) is from his popular social media channels, but did you know he’s also a National Champion?  Fishing for Texas A&M with his partner Trevor Knight, they won the BoatUS Collegiate Bass Fishing Championship on Lake Lewisville back in 2007.  He also worked with CarecoTV for a period of time in many areas, so it was a shock to all of us when he announced he had a tumor.

“I’ve been diagnosed with a benign brain tumor behind my left eye. My wife Stephanie and I have been constricted by the insurance companies and we need extra financial help with the large medical cost of dealing with a brain tumor. Although this is discouraging news, I have all the faith in the world that I’ll come out of this and get back into the outdoors with a renewed positive energy,” said Justin Rackley, Lake Fork Guy. “If you are lucky enough to go fishing, don’t forget to make every cast count! Keeping this concept in mind has made me a much more successful angler, and following this same concept in life has helped me to be a more focused and driven person in everything I do,” Justin added.

Justin Rackley, known as Lake Fork Guy in the fishing world, creates fishing and outdoor videos on YouTube and other social platforms. LFG provides fishing tips and techniques for mostly largemouth bass fisheries, but also travels to other freshwater and saltwater fishing spots to explore new fish species and fishing techniques to help you catch more fish. Lake Fork Guy likes to hang out on any fishing vessel or go bank fishing with his other YouTube Fishing friends and vlog with his Wife, Stephanie AKA Ocean Spoon Girl and French bulldog Winston.

” It was hard to see the news on Justin.  Not only was he one of the first National Champions back in the early years of college fishing, he was also an employee at CarecoTV who I spent a ton of time with during his tenure with the company,” replied Wade Middleton, President of CarecoTV and Director of Association of Collegiate Anglers.   “I’ve gone on quite a few adventures with Justin from smallmouth fishing in Michigan, to some of his first deer hunts, and it’s been exciting to see him grow his personal brand as Lake Fork Guy as well as other endeavors in the fishing industry. So, you never want to hear news like that on anyone, especially a friend,” Middleton went on to say.

Justin and his wife have created a “Make Every Cast Count” T-Shirt that they now have for sale online, with proceeds going towards helping out with the large medical cost of dealing with a brain tumor. 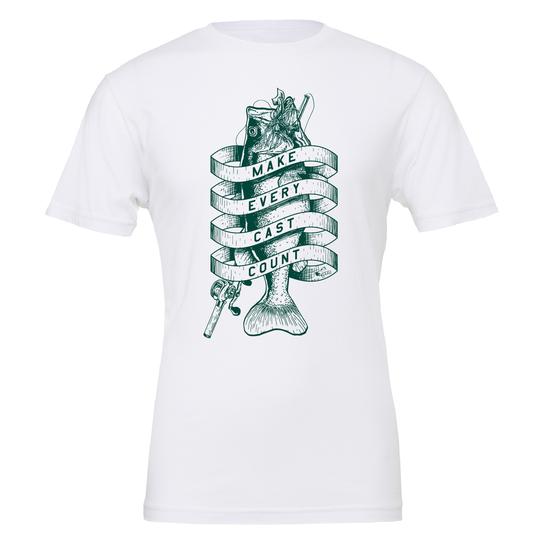 To order a Make Every Cast Count T-Shirt please visit the link: https://makeeverycastcount.com