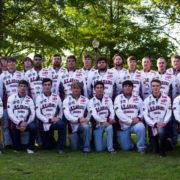 The Cabela’s School of the Year program offers college anglers the chance to compete at the highest level in numerous collegiate fishing events held all over the nation. The Association of Collegiate Anglers created this program with Cabela’s to both rank and reward collegiate fishing teams based on their performance in the Cabela’s Collegiate Bass Fishing Series, Carhartt College B.A.S.S. Series, and FLW College Series, as well as select school-hosted and operated events. 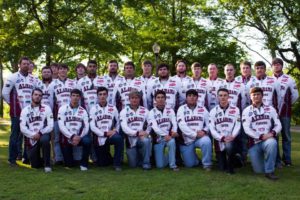 “This year the Alabama Bass Team really set our goal to win Cabela’s School of the Year.  We set our entire college fishing schedule to be able to compete in a variety of events so we could earn points toward this title. Fortunately, we got the job done catching fish this year at events all over the nation,” stated John Davis, President of University of Alabama Bass Club.

When asked just how prestigious this title is, the Director of College Operations for the Association of Collegiate Anglers, Wade Middleton, said that “This is the ultimate trophy in college fishing because it’s earned on the water over a full year of fishing.   It’s not voted on, it’s not a title bestowed on you by votes or because of finishing on top at one event or anything of that nature.  This title is earned by all the members of the school team and how they jointly fished as a school at events all year long.”

Coming in second place is two-time Cabela’s School of the Year Winners, University of North Alabama, perennial powerhouse Murray State University in third, followed by McKendree in fourth, and Mississippi State in fifth.  A full list of the teams finishing in the top 20 can be found below and for a full breakdown of all the teams in the nationwide rankings click here. 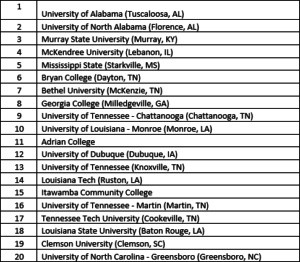 Full coverage and insight from numerous members of the University of Alabama Bass Club will be coming soon as we take an in depth look at the team, what it took to win this prestigious tittle and what’s ahead for the teams 32 active team members in the 2017 season.

Need to borrow a life jacket? Check this out from BoatUS!
Scroll to top