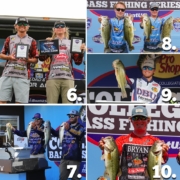 San Antonio, TX (7/21/2022) – The Association of Collegiate Anglers, which operates the Bass Pro Shops School of the Year program presented by Abu Garcia, is excited to showcase the pre-season rankings for college bass fishing, according to a voting poll of top coaches, schools, media personnel, and fishing industry personalities with experience in college fishing.

This poll is a one of a kind poll, similar to rankings in other college sports, that will help kick off the season-long race for the prestigious School of the Year title.   Every day this week, the ACA will count down and showcase teams that made it into the Top 25. Today’s article will show teams that were selected 6th to 10th in the pre-season rankings.

Drury University will start the 2022-23 season in the same spot where it finished following the 2021-22 race, ranked sixth in the nation.  The sixth-place finish last year marks the highest end of season ranking in the Bass Pro Shops School of the Year presented by Abu Garcia for Drury University in program history.

Hard work and persistence put forth by the team, coach, and university have propelled Drury University to national prominence as a regular among the Top 10 teams in the country.

“It means a lot for our program.  Rick Emmitt, our coach, has built this program from the ground up,” stated Hunter Baird, member of the Drury University Bass Fishing Team.  “Being a Top 10 school for the last three years has been amazing. I know that all of us on the team have put blood, sweat, and tears into this sport, so to see the success behind all the work is the best. To be recognized on a national level like this really puts the icing on the cake for us as a team.” 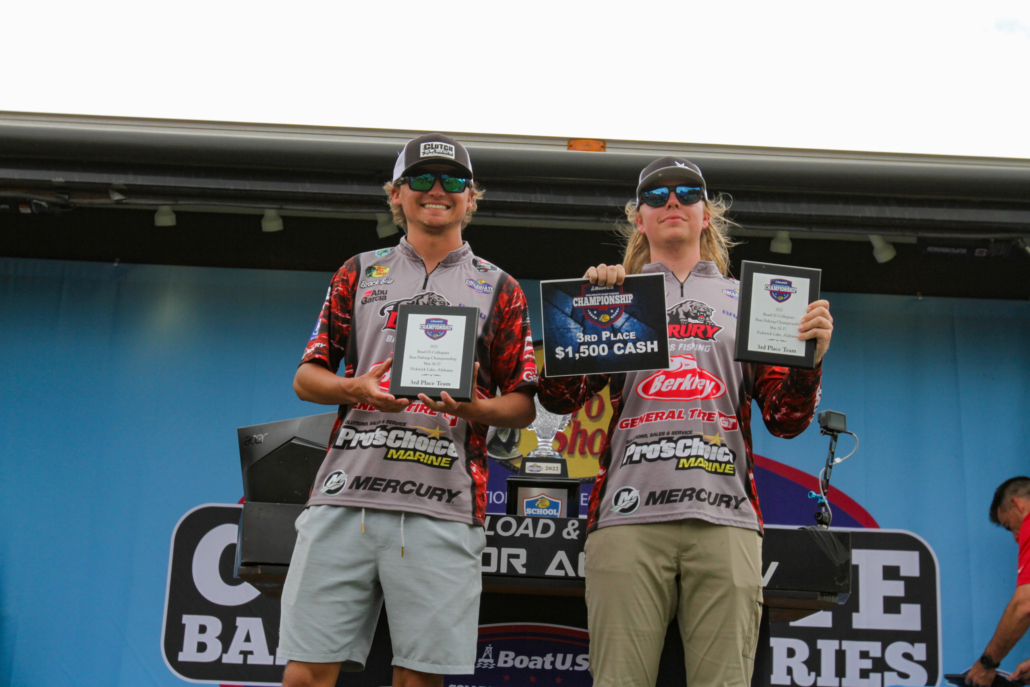 Drury’s best finish at an ACA event in 2021-22 came at the 2022 BoatUS Collegiate Bass Fishing Championship presented by Bass Pro Shops.  Brock Bila and Dylan Chambers weighed in a two-day total of 37.33 pounds to finish third in the elite field. Combined with another top finish from fellow teammates, Drury earned 2,330 points at the ACA Championship to secure a sixth-place finish in the 2021-22 Bass Pro Shops School of the Year presented by Abu Garcia.

Through discussions with Head Coach Rick Emmitt and other team members, they have made it very clear that the 2022-23 season is what they’ve been planning for.  From bringing in prized recruits, to upperclassmen gaining valuable experience out on the trail, Drury University hopes that everything comes together this year and that they can make a real run at finishing the season ranked number one.

“We, as a team, have been looking forward to the 22-23 season. We have a lot of new incoming freshmen that are going to fill some shoes both this year, and for years to come as well.  So our goal is to work as a unit to become the best team out there,” explained Baird.  “There is the old saying ‘nothing beats teamwork,’ and I think that is our motto for this season. For me, this is my last season here at Drury so to be in the Top 3 is a goal of mine. Being so close in years past, it would mean the world to us as a team to break through from being just in the background, to be a team of the year.”

There is no arguing that Bethel University is one of the most decorated teams in all of collegiate bass fishing.  The team from McKenzie, TN has won the Bass Pro Shops School of the Year presented by Abu Garcia once, and has claimed victory at the BoatUS Collegiate Bass Fishing Championship presented by Bass Pro Shops on three separate occasions.  Entering this upcoming season, Bethel University has been voted as the seventh best team in the nation.

Bethel University entered the 2021-22 season with quite a few unknowns.  Several top anglers had recently graduated, and the younger anglers were tasked with figuring out new fisheries and competing against some of the best student anglers in the nation.  As the season progressed,
Bethel University started to regain its form from season’s past.  The team picked up a major victory, as well as claimed multiple top finishes throughout the spring.

Can Bethel University reclaim its position among the top of the standings in the Bass Pro Shops School of the Year presented by Abu Garcia?  We will find out quickly with the ACA season set to begin near Bethel’s campus at Kentucky Lake this upcoming September.

“Being recognized as a school that ranks in the Top 10 of this field means more than words,” said Jake Kimbrough, a junior on the Blue Mountain College Bass Fishing Team.  “We want to make our school, family, and sponsors proud. We are blessed with a great support system and school that allows us to do this.”

Blue Mountain College has been selected as the 8th best team in the nation entering the 2022-23 Bass Pro Shops School of the Year presented by Abu Garcia.  Selected 10th overall in the inaugural pre-season ranking last summer, BMC finished the 2021-22 campaign ranked 7th.

Blue Mountain College is a team that catches them well at every stop along the way throughout the year.  The team is comprised of versatile anglers that are comfortable no matter the circumstances.  Just last season, BMC had at least one team finish in the Top 20 at every ACA ran event.

Entering the 2022-23 season, Blue Mountain College has its sights set on the top spot in the Bass Pro Shops School of the Year presented by Abu Garcia.

“Our goal for School of the Year is to work together as a team, as well as a family, to improve from the previous years,” noted Lake Norsworthy, a junior on the BMC Bass Fishing Team.  “Every team member wants to be at the top. We are going to work together and try our absolute best to get there.”

Coming off of a Top 10 finish in the 2021-22 campaign, Dallas Baptist is ranked 9th in the ACA pre-season poll.  Picked 12th in the first-ever pre-season poll a year ago, DBU bested that prediction by ending the year in 10th.  This speaks to the growth of the team and its ability to compete at the national level.

“DBU’s growth over the past three years and it’s new ranking in the Top 10 are a testimony to the hard work put in behind the scenes,” said Layton Brown, DBU angler.  “We are blessed to be viewed by our peers as a top team. Most of all, we are proud of the platform the ACA has provided to raise awareness about our program and engage in long term relationships with industry professionals and fellow competitors.”

DBU finished the 2021 season ranked ninth in the country.  Following the conclusion of the 2022 campaign, the team slipped back one spot to 10th.  DBU enters each 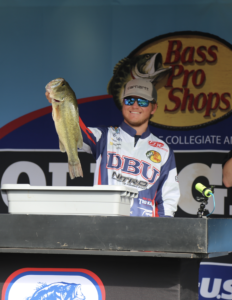 season with the hope of improving on the previous year’s ranking.  Having not achieved that milestone this past season, the team is fired up to go improve on that 10th place mark over the next 12 months.

“One of the main goals DBU has every year is surpassing what we have been previously ranked to demonstrate improvement and growth in a highly competitive field,” added Brown.  “Using the Lord’s guidance, we look forward to the challenges of the 2022-2023 season.”

Some anglers and athletes tend to be superstitious when it comes to predicting future success.  However, setting goals and benchmarks can go a long way in motivating a team during a long, demanding season.  Along with improving on last year’s 10th place finish, members of the DBU team want to crack the Top 3 in the final rankings of the 2022-23 season.

“Definitely a Top 3 finish. We have been so close in the past years and to be in the Top 3 is no easy task,” explained Parker Brown, DBU angler.  “With how much the DBU team travels and competes, we should be due for a Top 3 finish this upcoming season.”

Another past winner of the Bass Pro Shops School of the Year presented by Abu Garcia checks in inside of the Top 10.  Bryan College finds itself in a spot it has become very familiar with over the past decade, a Top 10 ranking, as the team has been picked 10th overall.  Bryan College was voted as the 9th best team in the inaugural pre-season poll just last summer.

Bryan College claimed the 2017 School of the Year title in emphatic fashion by fending off some of the biggest names in the sport.  Since then, the team has also won the 2020 BoatUS Collegiate Bass Fishing Championship presented by Bass Pro Shops, but has failed to repeat as School of the Year winners.

Like many of the teams highlighted in this feature, Bryan College has had numerous veteran team members graduate.  The spots vacated by those successful anglers have left a void to fill for the team from Dayton, TN.

In order for Bryan College to finish the season inside of the Top 10 once again, new faces will have to contribute top finishes at major national events throughout the country.