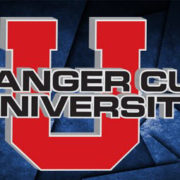 To set the stage, Fairfield Lake is located between Dallas and Houston in the quaint town of Fairfield, TX. Fairfield Lake is considered one of the most popular lakes in the area, and even more so in the winter months as the lake is a power plant lake. The luminant “Big Brown” Power Plant sits lakeside and uses the water from Fairfield Lake to cool the plant, and in return the warm water is then pumped back into the lake, keeping this lake warmer than surrounding lakes year-round. This makes fishing in the cooler months much better than other area lakes which become affected by falling temperatures. Fairfield Lake is a flipping and pitching anglers dream as the lake is full of aquatic vegetation from hydrilla to flooded cattails.

This event is like no other in college fishing as the format aims to make for an action-packed day for both teams. First, all fish over 14 inches will count towards the days total weight, anglers will be provided scales to weigh the fish and record the weight right on the boat. Second, each team will have a cameraman with them that will be updating the teams numerous times a day on how the other team is doing. Third, the two teams will be provided tournament-ready Ranger Boats equipped with Yamaha Outboards and Garmin Electronics. Finally, the teams will be competing for $2,000 and the title of Ranger Cup University Challenge Champion.

We asked both teams questions on how they were preparing for the event, and here is what they had to say:

What have you been doing research wise on Fairfield Lake?

UNA: We have looked at Google Earth, Navionics, and watched almost every video of Fairfield Lake on the internet.

With the format of every fish over 14 inches counting, are you planning on going for numbers or size?

UNA: Judging from past Ranger Cups, we feel like numbers will be the most effective in this format, but who knows what will happen when we actually get on the lake.

Does the no net rule affect how you are going to fish?

UNA: The no net rule will not affect how we are going to fish, however we will be more cautious landing the fish.

With flying to the event, what are you doing to lighten your load when it comes to tackle?

UNA: We are breaking everything down to the basics. We plan on having a little bit of everything since we do not know exactly how we are going to catch them.

What would it mean to win this event?

UNA: It would huge for the University of North Alabama Fishing Team to be able to win the Ranger Cup two years in a row. Winning this event against two of the best anglers in college fishing would be a huge achievement in our careers. Lastly, we cannot forget about how much that check would mean to a couple broke college anglers.

What have you been doing research wise on Fairfield Lake?

KSU: As always, the first thing we do is look at our Navionics maps and take into consideration time of year and just watch the weather and see what the weather temps have been doing. Google maps is also very beneficial for us when traveling to a new lake.

With the format of every fish over 14 inches counting, are you planning on going for numbers or size?

KSU: We think that will be something that we will have to just feel out while we are on the water. We will probably try and figure out a numbers deal unless we feel like we need to make a big jump. We will probably focus on getting bit first to develop a pattern and then elaborate from there on how to catch some bigger fish.

Does the no net rule affect how you are going to fish?

KSU: We think it will make it a lot more intense for sure and put a fun yet stressful twist on things because for almost every tournament we fish in we are allowed to use nets. So it will definitely be a game changer but we don’t foresee it having an impact of the way we fish.

With flying to the event, what are you doing to lighten your load when it comes to tackle?

KSU: We have talked about it a little bit. Usually when we travel to tournaments we bring just about everything just in case. I really don’t see it being an issue with slimming down our gear. However, we have a feeling that we might be getting some strange looks when we are pulling out packs of soft plastics out of our pockets when going through security!

What would it mean to win this event?

KSU – Travis Blenn: Obviously all anglers have a passion for fishing itself but it’s really the competition that drives us. We always love a challenge whether it’s at a local level or on the National level. To win this tournament would just be icing on the cake and it gives you a little bit of bragging rights. No matter the outcome though it’s always a lot of fun just to get to experience a new body of water and to be able to fish with a good friend. It’s guaranteed that this is going to be a really fun event.

KSU – Kyle Alsop: It would be an awesome experience to win another tournament with Travis since this will only be the third one that we have ever fished together. I am also excited to make a trip to Texas since I have never fished down there. 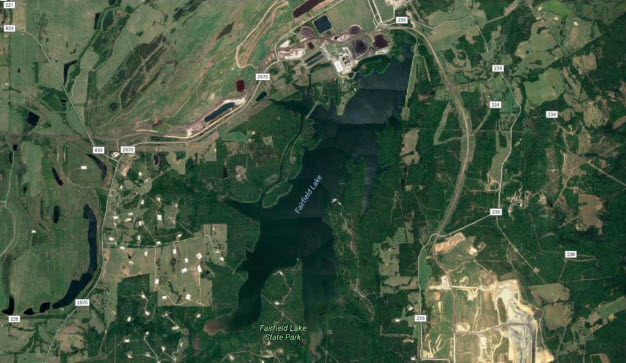