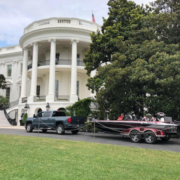 FLIPPIN, Ark.  – Flippin, Arkansas-based Ranger Boats had the honor of representing the state of Arkansas at The 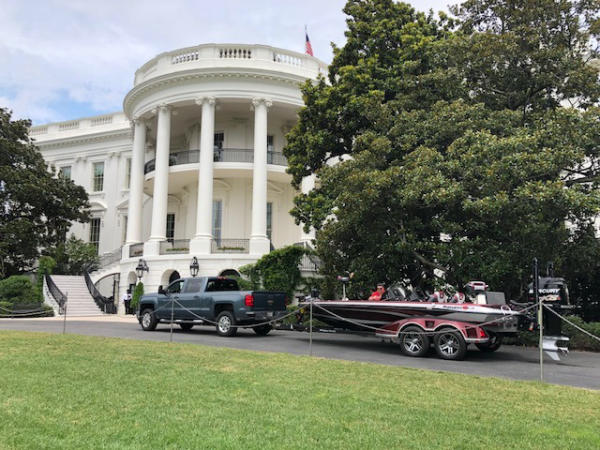 White House this week. The event was part of President Trump’s “Made in America Product Showcase” on Monday, July 23, highlighting each state’s effort and commitment to American-made goods and products. The showcase featured a limited-edition Ranger Z521L ICON prominently displayed on the White House South Lawn.

“For the past 50 years, Ranger Boats has called Arkansas home,” said Ranger Marketing Director Matt Raynor. “The people of Arkansas are a vital part of our company DNA. Ranger is committed to producing the highest quality American-made products and we do it right here in Flippin with dedicated, hardworking employees. We are honored to represent our great state and the people we call family, friends and neighbors.”

The event caps a weeklong “Made in America Week” to pay special tribute to those who work to produce American-made products such as Ranger Boats. President Trump will meet with each company’s representatives to show his administration’s “commitment to ensuring more products are made in America.”

“It’s a tremendous honor to have our 50th Anniversary Z521L ICON on display at the White House,” added Raynor. “The boat reflects both our past 50-plus years of innovation in boat design and performance as well as the promising future of continued success and growth as the country’s premier fiberglass and aluminum boat manufacturer.”