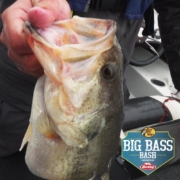 First Association of Collegiate Anglers event of 2022 to be contested March 12-13 in Paris, TN and Henry County

SAN ANTONIO, TX (March 7, 2022) – The Association of Collegiate Anglers is set to host its first major televised event of the 2022 season on March 12th & 13th at Kentucky Lake in Henry County and Paris, TN.  The 2022 Bass Pro Shops Big Bass Bash presented by Berkley will bring hundreds of college fishing’s best anglers to northwest Tennessee to compete for tens of thousands of dollars in prizes & contingencies as well as double points to count towards the Bass Pro Shops School of the Year presented by Abu Garcia.  An early week warming trend and favorable lake conditions are setting up for these elite anglers to bring great numbers of quality fish to the scales over the course of two days of competition.

For nearly 15 years straight, the ACA has been contesting one of its premier major collegiate bass fishing tournaments on Kentucky Lake in Paris, TN.  Kentucky Lake is made up of over 160,000 acres of water surface with 2,000 plus miles of shoreline.  The 8,422 feet long dam was completed in 1944, and for close to 80 years now…Kentucky Lake has long been coveted as one of the best bass fishing lakes in the country.

Lake levels and elevation are always a key factor to watch during this early springtime event.  Winter elevation for Kentucky Lake is 354 feet, with typical summer target level being 359 feet.  As of 10:00 AM this morning, reservoir elevation is 357.53 feet.  Lake level projections indicate that this number should continue to decrease, as levels drop leading up to the event.  The projected elevation as of Wednesday morning is expected to be roughly 356.43.

Weather will also be another major variable to keep an eye on as the event nears.  Stable, spring like conditions are expected throughout the week with a strong front moving through the night before competition.  Average highs near 60 degrees during the coming days will give way to chilling lows in the mid 20’s overnight Friday leading up to the event.  Along with the below freezing temperatures, forecasts show a chance for precipitation to include snow late Friday.  The Association of Collegiate Anglers is monitoring the threat for inclement weather and has released a statement with updated information for anglers registered to compete in the event.  Read the complete statement here.

Throughout the years, similar patterns have continued to prevail although weather and lake conditions vary from year to year.  Anglers have found past success targeting rock banks, wood cover, and key offshore structure to bring coveted big bass to the scales.  More of the same should be expected again in 2022, with falling lake levels helping to concentrate fish in more specific areas.

On Day 2 of competition, anglers will be permitted to use only Berkley baits.  Here is a look at three particular baits that could play a key role throughout the event:

The 2022 Bass Pro Shops Big Bass Bash presented by Berkley promises to be an exciting event and we look forward to making it to Henry County and Paris, TN for the first ACA event of the 2022 season!

Montevallo Continues to Hold On To Spot in Bass Pro Shops School of the Year...
Scroll to top